Ford GT driver Ryan Briscoe says his spin on the penultimate lap of last Saturday’s Sebring 12 Hours was a result of his determination to beat the #911 Porsche to the GT Le Mans class victory, and the need slice through GT Daytona traffic.

Last Saturday, following his final pitstop, ex-IndyCar racer Briscoe relinquished the lead of GTLM to Nick Tandy in the Porsche 911 RSR, but had stopped one lap later, which initially appeared crucial given that the length of the final stint was going to be at least one hour.

Briscoe, who has twice won his class at Sebring, hit a strong fuel-mileage number in his final stint and although he allowed Tandy’s lead to stretch to five seconds at one point, in the closing laps it was down to one second as the Porsche driver desperately tried to save fuel.

Following the restart with two laps to go, Tandy sprinted hard and the Ford – renowned for being easy on tires over a stint but not getting them up to temperature as quick as some of its rivals – proved a handful.

In his attempts to cling on to the 911, Briscoe dived down the inside of the GTD-class Magnus Racing Lamborghini Huracan of Andy Lally at the final Turn 17 hairpin, made slight contact, clipped a curb trying to avoid the Italian car and looped into a spin.

The Aussie recovered to claim sixth for himself, fulltime teammate Richard Westbrook and endurance race ‘third man’ Scott Dixon. As he drove to the airport on Sunday morning, Briscoe explained his feelings and philosophy in a video on YouTube and Instagram.

“What a race!” he declared. “Just a really disappointing result, to be honest.

“Everything else about it was absolutely perfect. I think we looked pretty good for about 11 hours and 55 minutes yesterday!

“Unfortunately we caught the yellow at the end that we didn’t need, and on the restart trying to go for the win to chase after Tandy, got tangled up in some GTD traffic and it spun me around. So it was a real bummer.

“I know those guys were also having their race and not so worried about checking their mirrors and stuff. So it’s hard to put blame anywhere but I was also going for the win.

“Maybe I should have been thinking about settling for second but it didn’t even cross my mind at the time.”

Briscoe went on to pay tribute to his teammate and the Ganassi team.

“At the start of the race in really wet conditions, Westbrook just took us straight to the front. He always does such a good job in the wet," he added. "And once we had the lead, we just controlled the race.

"We had great strategy, perfect pitstops, and then I got in the car with a bit over two hours to go. We knew it was going to be really tight on fuel to make it on one more stop.

"So from the outset, my team gave me a fuel number to hit – I get that on the dash – and we were able to really maintain good pace and hit the fuel number. It set us up good for the finish.”

Tandy has admitted that the late full-course caution was crucial to the class victory for himself, Frederic Makowiecki and Patrick Pilet.

Briscoe continued: “I can only assume that Tandy in the Porsche was not going to make it on fuel without that final yellow. So we were just cruising, we thought we’d got this one in the bag.

“But hey, that’s IMSA racing; you get a yellow, it packs the whole field up and all of a sudden you’ve got six cars on the lead lap with a shootout to the finish. And we got the short end of the stick last night, so I’m just really disappointed this morning.

“But there’s a lot to be proud of for the team, the pace we had, the car… Our engineer Brad Goldberg – he gave us a beautiful car to drive yesterday. In all conditions the car was handling absolutely perfectly.

“So a lot to take from that and move forward with and we’ll just keep fighting. I can’t help but think that the last two races, Daytona and Sebring, just a few moments from the finish, we’ve been in position to win and we haven’t taken any hardware home yet. I’m sure it will come.

“But that’s racing and I love it so we’ll just keep going.” 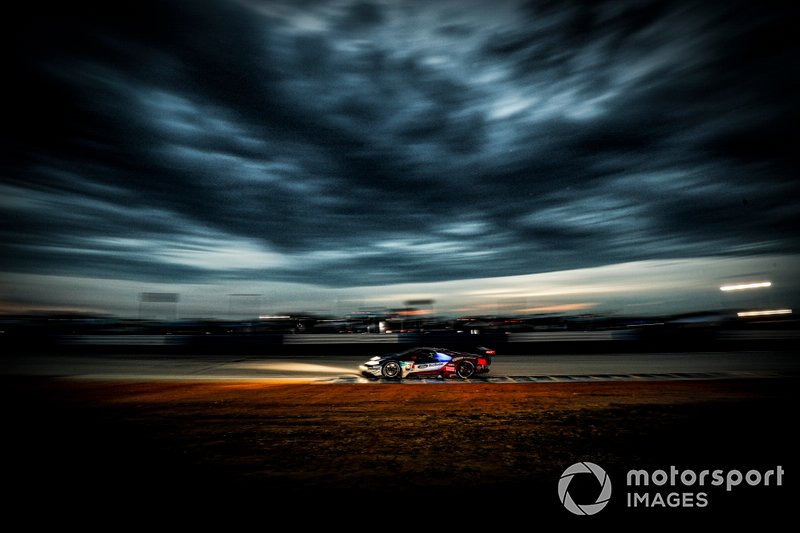