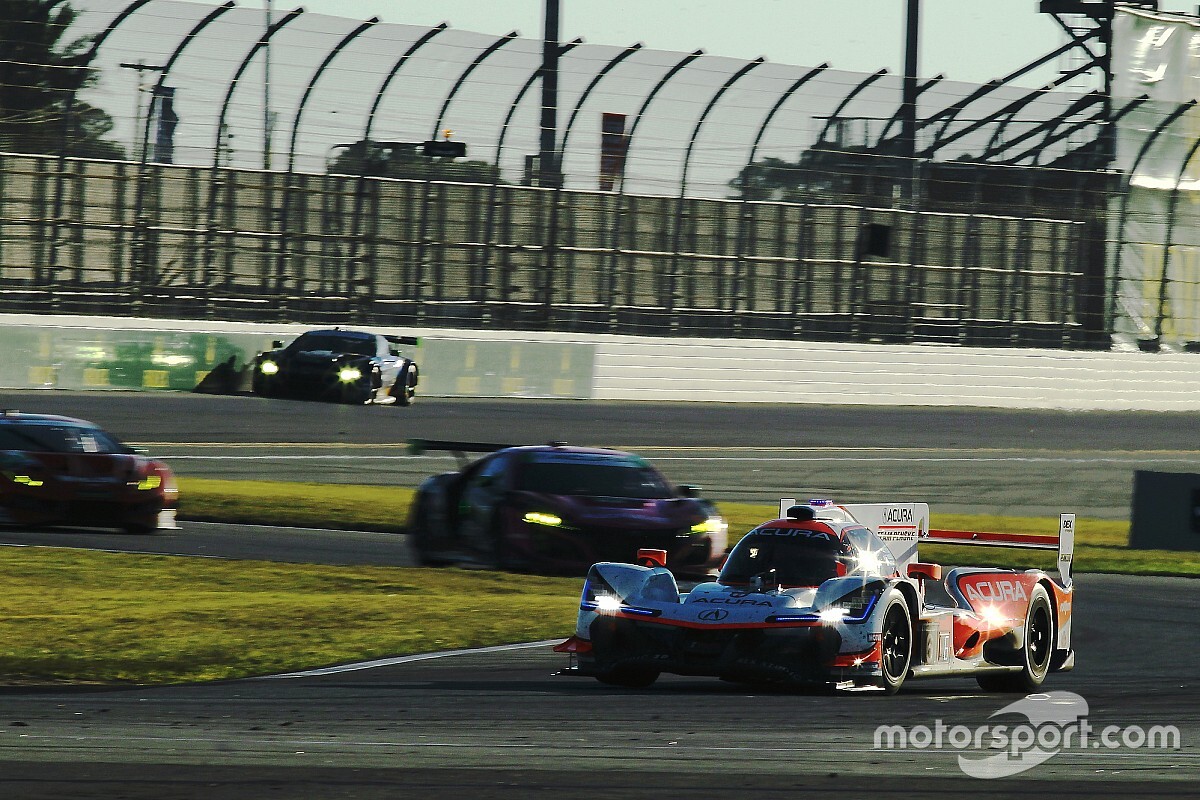 The IMSA WeatherTech SportsCar Championship could resume its 2020 season without spectators.

Series boss John Doonan has not ruled out racing behind closed doors if it is a way to re-start a season put on hold by the world health crisis in the run-up to round two of the 2020 season, the Sebring 12 Hours originally set for March 21.

"I want to get back to racing as normal, [but] if we could go back without fans, we would have to take a look at that.”

He added that "anything is on the table" as the series strives to go racing again.

Doonan stressed the importance of spectators to the championship's race promoters, however.

"Our business model is focussed on our promoters and I would always want our races to be successful for our teams, our stakeholders and our promoters," he said.

"We do count on the folks that have, for so many years, sat on the hills of the race track and watched us compete at IMSA."

The IMSA series is currently scheduled to resume with the six-hour fixture at Watkins Glen in upstate New York on June 28.

New York State is currently in a lockdown, which was this week extended until May 15 in the face of US president Donald Trump's intention to open up the economy at the start of the month.

The so-called New York Pause would need to be relaxed for the Watkins Glen 6 Hours to go ahead because it bans "non-essential gatherings of any size for any reason".

IMSA announced a series of calendar changes late last month in the wake of the cancellation of the Long Beach Grand Prix double header with IndyCar set for April 18/19 and prior to the Detroit Grand Prix on May 30/31 being called off.

The Mid-Ohio round originally due to take place on May 3 was put back to September 27 and the Laguna Seca round brought forward one week to September 6 to accommodate IMSA teams competing in the rescheduled Le Mans 24 Hours on September 19/20.

Petit Le Mans at Road Atlanta was put back one week to October 17 to provide a more balanced schedule ahead of the new date for Sebring on November 14.

Doonan explained that there are unlikely to be any further announcements on the schedule until there is more clarity on when racing can resume in North America.

"We’ll hopefully be able to pinpoint exactly when we can go back to racing soon," he said.

"We just didn’t want to continue to send out any changes until we had some more firm understanding.

"Our hope is to certainly try to stick with what we have currently published and if we need to add things in, we’ll look at any and all alternatives.”

He explained that there were multiple options for how the remainder of the IMSA season will look should the effects of the coronavirus pandemic extend into the summer.

"We’ve got a big old whiteboard with Post-It notes everywhere and lots of spreadsheets, and we’ve got a bunch of different scenarios,” he said.

He revealed that there were some open weekends in the schedule that could be filled, but stressed that IMSA will avoid three events on consecutive weekends because it would "put a lot of strain on our teams and their personnel".

He said that incorporating the Daytona Prototype international and LMP2 classes into the GT-only Lime Rock and Virginia International Raceway events in July and August respectively is a possibility should further calendar revisions be required.

He also didn't rule out linking up with the IndyCar Series on the weekend of its rescheduled Indianapolis road-course race in early October.

“Vital” LMDh prototype rules to be revealed in two weeks