Fernando Alonso says that trying to win the Indianapolis 500 is top of his list of priorities but until his inaugural attempt at the Dakar Rally is out of the way, he won’t be seeking to close any deals among IndyCar teams. 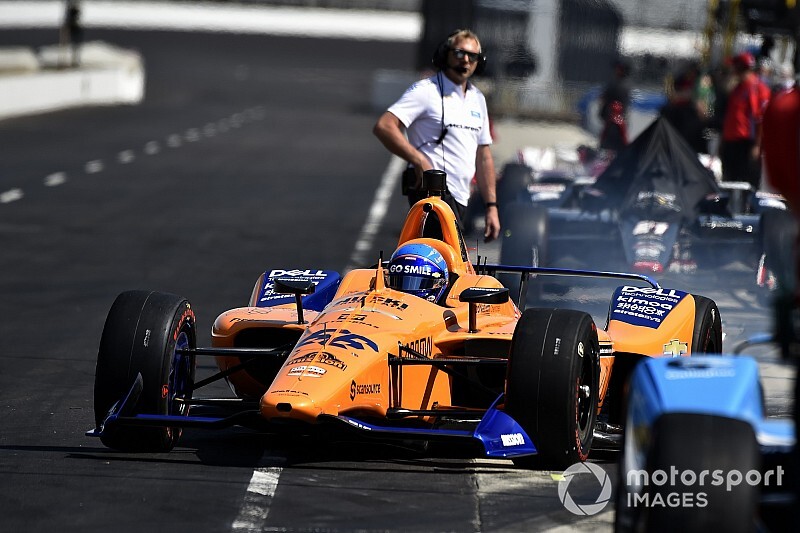 While his long-standing ties with McLaren would suggest that Alonso will compete for Arrow McLaren SP (formerly Arrow Schmidt Peterson Motorsports), he is known to have also remained in contact with Michael Andretti, who ran him in the 2017 edition of the race.

However, rejoining that team would require the acquiescence of Honda Japan, who was infuriated by the level of criticism its Formula 1 engines received from both McLaren and Alonso from 2015 through ’17. McLaren’s partnership with Arrow SPM, has seen the team switch from Honda to Chevrolet engines for 2020.

Speaking at the FIA Prizegiving ceremony in Paris, where Alonso and his Toyota Gazoo Racing co-drivers Kazuki Nakajima and Sebastien Buemi received their award for clinching the World Endurance Championship title, Alonso said he was “quite convinced” that he would be entering next year’s 104th running of the Indianapolis 500.

“Obviously now the main focus, the priority, is Dakar,” he said when asked by Motorsport.com of his plans for Indy. “So I’m not putting too much effort on closing everything for the Indy 500, but the intention is to do the Indy 500 next year. That’s the one that I want to win now, the main priority for me. I will prepare the best I can for that race.”

Describing his shock failure to qualify for this year’s race in McLaren’s solo entry, the two-time Formula 1 World Champion said: “This year [Indy] was the downside of the season. Otherwise it was perfect because every race I participated, I won the race. That one I didn’t even start so maybe I didn’t participate – so still the record is going!

“But I will need to look at the best possibilities to be competitive.

“It was sad not to be competitive enough, not to be prepared enough. We did what we could. The preparation was a little bit late, running late, but still there was always the trust, the confidence that eventually we will get competitive.

“But even that [practice/qualifying] week we faced so many problems and I had the accident on Wednesday, so everything was on the back foot all the time.

“[Next] year hopefully is better than that.”