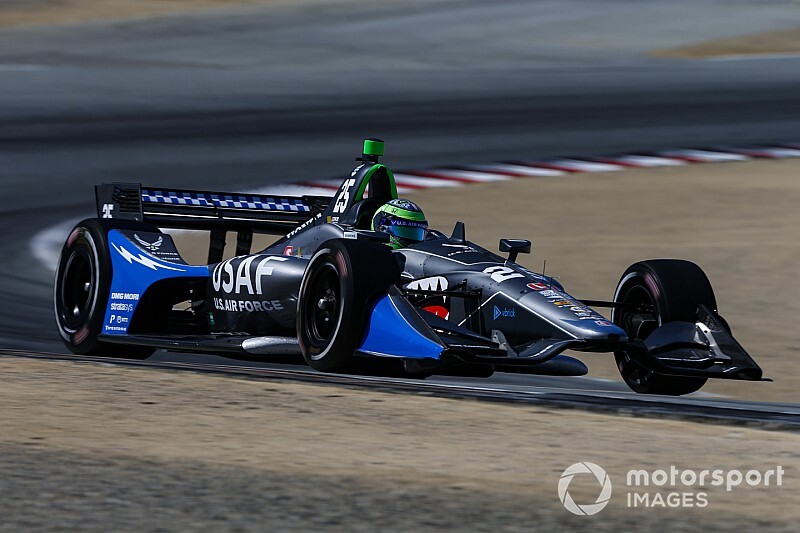 Conor Daly will compete in IndyCar road and street course races next year driving the U.S. Air Force-sponsored #20 Ed Carpenter Racing-Chevrolet, and will drive a third ECR car in the Indianapolis 500.

Daly will thus compete in all but four races in the 2020 NTT IndyCar Series, handing over the car to team owner Ed Carpenter for the ovals at Texas, Richmond, Iowa and Gateway.

The #21 entry will be driven full-time by Indy Lights graduate Rinus VeeKay.

Said Daly: “I am so thankful for the loyalty the U.S. Air Force has demonstrated along with the faith in me to get the job done. This has been an incredible relationship to see grow and get stronger as we continue to add races to our program. I couldn’t be happier to be getting one more step closer to full time Indy car competition.

“As an Indiana kid, it just feels right to be getting a chance with Ed Carpenter Racing. This team has done such an incredible job over the years and I have a tremendous amount of respect for Ed and this group.

“I look forward to entering a season feeling fully prepared with simulator time and testing for the first time in several years.”

Daly’s relationship with the USAF began in a one-off entry for Dale Coyne Racing at Indy in 2018, and this was followed by two races for Andretti Autosport – Indy and Laguna Seca – in 2019.

As Carpenter will race the #20 in the 104th running of the Indianapolis 500, Daly’s entry for Memorial Day Weekend will feature a new number and a special edition livery.

“The U.S. Air Force is fortunate to have some incredible partners and ambassadors for our brand and Conor is certainly one of them,” said Major Ross McKnight, Chief of Events Marketing for Air Force Recruiting. “We are proud of the effort and appreciative of the supportive partners that have made the Air Force Indy car program so successful.

“The results and direct correlation between STEM principles, speed, teamwork, risk, and precision skill drive our continued investment. We are excited for the 2020 season with Ed Carpenter Racing and Conor Daly.”

Carpenter commented: “I am extremely proud and excited to welcome Conor Daly and the U.S. Air Force to Ed Carpenter Racing. I have seen Conor grow and mature over the course of his career and am confident that his best years are yet to come.

“It is a huge honor to represent the men and women who serve in the U.S. Air Force and we hope to make them proud this season.”

Daly drove for three teams in 2019, not only competing for Andretti Autosport but also subbing for Max Chilton at Carlin (four races) and Marcus Ericsson at Arrow SPM (one race).