Ryan Hunter-Reay says talks over his future haven’t and won’t affect his race-by-race approach, his driving nor his determination.

The 2012 IndyCar Series champion and 2014 Indy 500 winner spent last season racing under the burden of knowing it was a “contract” year for himself, Andretti Autosport-Honda and faithful primary sponsor DHL.

As expected, the trio did renew their commitment to one another at season’s end, but Motorsport.com’s understanding – which Hunter-Reay understandably won’t confirm nor deny – is that the deal was just a one-year extension.

However, the 40-year-old Hunter-Reay who has 18 wins to his name, said that his approach to each race weekend and the 2021 NTT IndyCar Series season as a whole remains same as it ever was and that there’s no extra pressure.

“It’s the same mindset I’ve had throughout my career, even when I had a two- or three-year deal,” he told Motorsport.com. “I put the most pressure on myself, everything else is secondary.

“So if we are not operating within the spectrum that we expect of ourselves, I’m most critical of that myself and my team. The rest falls into place from there. It’s a performance-oriented sport, a result-oriented sport, and you have to get the results to earn your right to be at the top and to have the career longevity that I’m so thankful to have had. I’ve been here at this team for 12 years and with DHL for 11 years – and that’s not because we’re nice people!”

Despite his last win and pole position coming at the 2018 season finale, Hunter-Reay says he feels he’s as good as he’s ever been.

“I absolutely do,” he said. “My driving style, and the car I need, is a certain way, and it’s one that is focused on having a very, very positive front end, and a rear that is able to cope with that, and it tends to be light at times.

“I’d say that since we’ve gone to the UAK18 [the universal aerokit introduced in 2018], we still won with that twice but as we’ve added more weight to the car, and now with the aeroscreen that’s front-end weight, and so the car tends to have more understeer.

“When you then try to counteract that by dialing in more front grip, the car tends to get loose quite unexpectedly, and it’s something I’ve been really working on with my driving style. It’s a challenge, but it’s nothing we can’t reshape, rework – and we’ve gotten close. Certainly we’ve now discovered stuff that we could have done last year to make it a lot better.

“But certainly with the aeroscreen, there’s a more defined edge, a line you don’t want to cross.”

Hunter-Reay said that on ovals, IndyCar drivers encounter the opposite problem.

“You’ll have seen at Indy and Texas, the cars are often running 0.75sec apart and that’s because of the lack of front-end grip.

“We’re in a bit of a strange aero-mapping situation with the current car. The turbulence that comes off the aeroscreen and over the rear wing is something we didn’t get a handle on last year because we had no testing, and so this year we’re still getting our heads around it. At Texas and Indy, IndyCar has supplied us with downforce options that have pluses and minuses, but it remains a tricky package overall.”

Hunter-Reay said that he enjoys the compressed weekend format for all seven of the road courses on the 2021 schedule, where there will be just two 45-minute practice sessions before qualifying. Unlike teammate Alexander Rossi, he has never found it a problem getting up to speed immediately.

“If anything, for us it’s been the opposite,” chuckled Hunter-Reay. “We tend to be really fast out of the gate and most catch up. But I think it’s more to do with starting the weekend with a setup that’s in the window of where you need it to be.

“And honestly, I can’t say that was a strength or weakness for us last year, because obviously at Mid-Ohio, we were competitive from the first session and went on to be competitive for the rest of the weekend. But then you have Indianapolis Grand Prix and it just didn’t click, and then it tends to get more difficult fast, because you start throwing bigger changes at it hoping to get it in the window.

“So that emphasizes the need to be in the window right from the start: with just two 45min practices before qualifying, it’s gonna go by quick.”

One of Andretti Autosport’s biggest bugbears in 2020 was its flaky performances on pitroad, but Hunter-Reay says now that “if the pitstops haven’t improved, it won’t be for lack of trying. Obviously we don’t know the situation until race day, but I do know the crews have really put in the hours at perfecting their craft, and so I’m excited on that front. Everyone’s putting their best foot forward.”

However, he’s not yet prepared to commit to declaring himself a true championship challenger until he’s assessed the team’s potential at each and every type of track on the 2021 schedule.

“It’s still too soon to say with any degree of accuracy how we stack up against the others,” he said. “The package is quite a bit different at the speedways at Texas and Indy, and we didn’t exactly light those tests up. But for road and street courses, let’s see where we are after a couple of rounds to get an accurate picture. 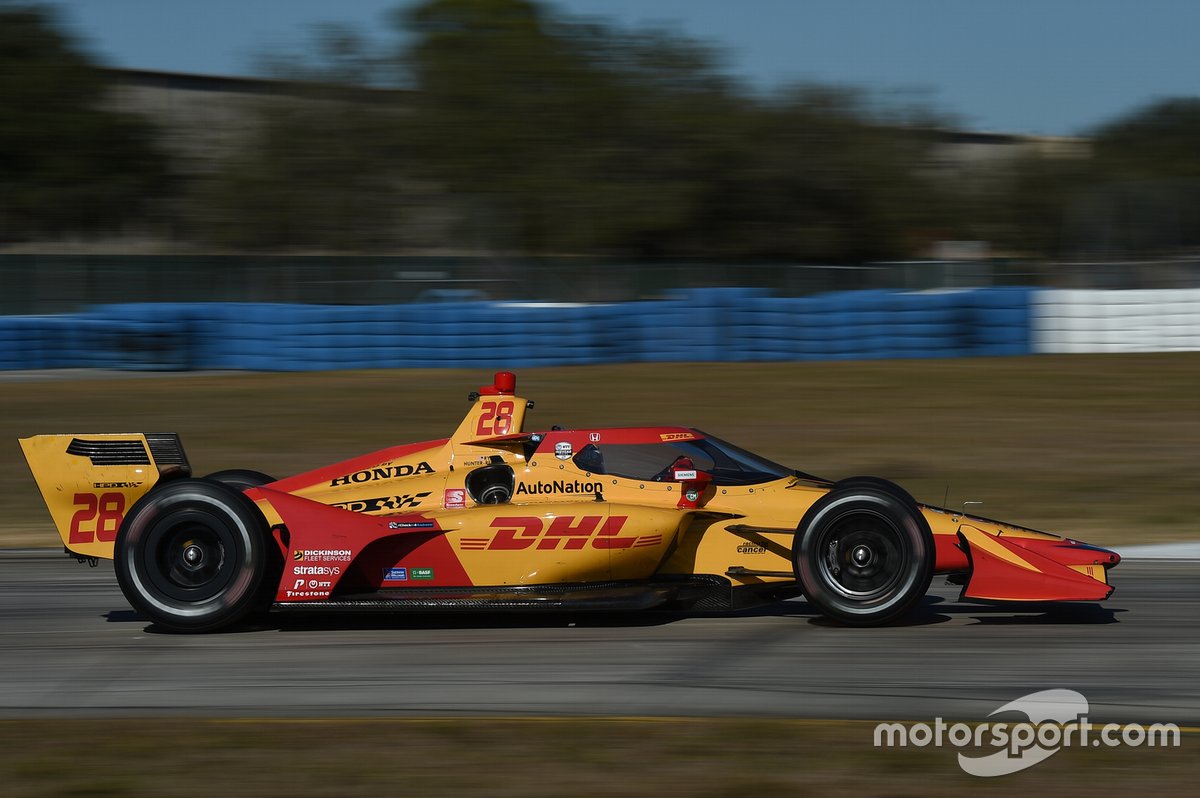 Carpenter seeking alternatives as US Air Force pulls out