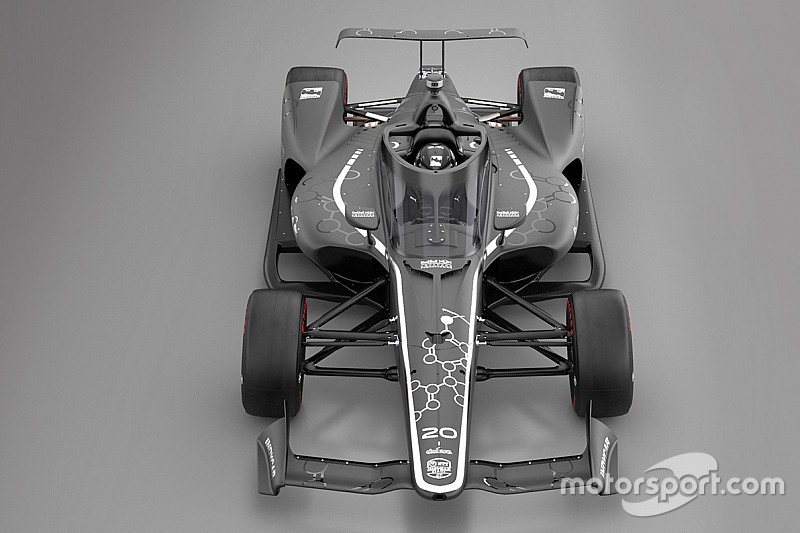 Scott Dixon says he’s impressed by the IndyCar Red Bull Advanced Technologies Aeroscreen, set to be introduced in 2020, and says drivers shouldn’t notice much difference beyond how they climb into and out of their cockpits.

IndyCar confirmed in May that it had formed a partnership with Red Bull Racing to add an Aeroscreen from the start of the 2020 season, and after trialing a simulated prototype version at Dallara’s Speedway, IN. base this morning, Chip Ganassi Racing’s reigning and five-time NTT IndyCar Series champion said he was left impressed.

“Everything went smoothly,” said Dixon. “Additions on this were cooling pieces and a screen anti-fog system, so they were checking the line of sight wasn’t impeded by any of these.

“To be honest, it felt very like the current car, visually, where you look out at the AFP [Advance Frontal Protection device]. We went through Indy, Texas, Iowa, Barber and Long Beach, and no issues.”

Regarding view from the cockpit, Dixon suggested that sitting so low and focusing so hard and far in front means that drivers who have already gotten used to staring ‘through’ and past the AFP will detect little difference with the Aeroscreen in place, despite its Halo-like framework.

Dixon also said previous concerns, expressed before RBAT-developed device was fully formed, had been checked off.

He said: “The biggest concern – which was a bit of a myth and I’m not really sure how it got started – was the Halo and how it would not be useful on an IndyCar because of line of sight on ovals such as high-banked stuff like Texas. Definitely with this design doesn’t impede that.

“The next thing was the visual distortion, but with what we’ve run in the past with the aeroscreen (the PPG-developed device as tested by Dixon at Phoenix and Josef Newgarden at Indy), making sure we got the angles and the way they apply [the screen] to the frame, there have been no issues.

“Then you come up with different references of things like fogging, but I believe it is going to have an anti-fog system which will help, and once we get it running they’ll start looking at tear-off devices. Distortion and visual is the biggest thing for any driver, making sure that it’s not going to impede your vision or there being a possibility of you not seeing something as quick as you normally would, or not seeing the flagstand. But those are all ticked off – no issues there.”

Dixon also said there had already been comprehensive studies on how the increased side surface area of the car and increased weight in the center of the car would affect the cars’ handling balance.

“There were multiple tests, not just for aero stuff but also center of gravity and weight distribution,” he commented. “They will be moving the weight distribution forward and also going higher, but we did the aero runs – I’m guessing there’ll be more drag with the screen – and we did all the loading runs for Firestone too.

“[IndyCar/RBAT] made sure they covered most of the bases early on before we do get track running, and I believe they’re going to run significantly in the off-season before anyone else gets it.”

Karam to race for Carlin in Toronto