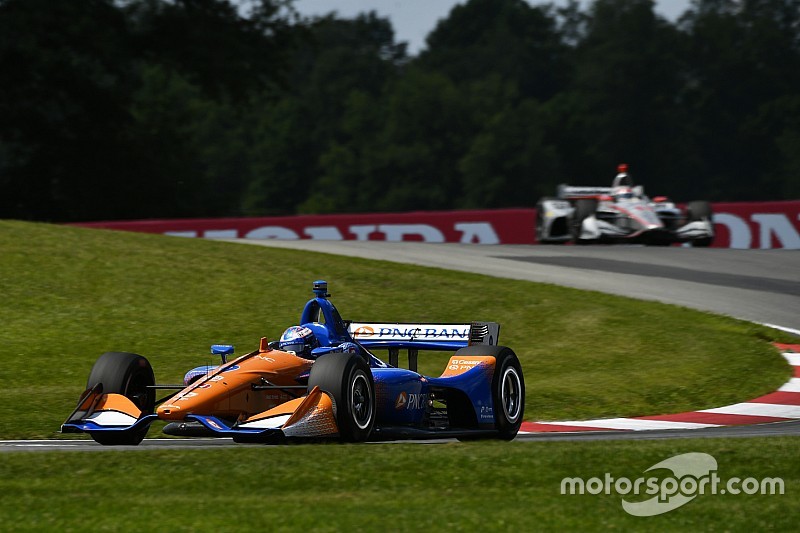 He was 0.1482sec ahead of Spencer Pigot in the Ed Carpenter Racing-Chevrolet, who edged Team Penske-Chevrolet’s Simon Pagenaud and Josef Newgarden.

James Hinchcliffe was an encouraging fifth fastest for Arrow Schmidt Peterson Motorsports-Honda ahead of the fastest Andretti Autosport-Honda driver, Ryan Hunter-Reay, and the third Penske, that of Will Power.

Felix Rosenqvist was top rookie, taking full advantage of the extra set of Firestones granted to newbies, and finished up eighth, albeit half a second off his session-leading teammate.

Max Chilton’s Carlin-Chevrolet was 10th ahead of Jack Harvey, whose Meyer Shank Racing with Arrow SPM entry is due to make its first start since Toronto.

Series returnee RC Enerson, who tested for Carlin in the offseason but hasn’t raced an IndyCar since 2016, did a fine job to get within 0.8sec of teammate Chilton and outpace both Zach Veach and Tony Kanaan.

Second practice starts at 3.15pm local (Eastern) time, and will see drivers try out the Firestone red-sidewalled alternate compounds for the first and only time before qualifying tomorrow afternoon.