One of the Indy 500's fan favorites over the past 10 years, Pippa Mann, will this year make her eighth attempt at the Memorial Day Weekend classic from behind the wheel of a Clauson-Marshall Racing-Chevrolet. 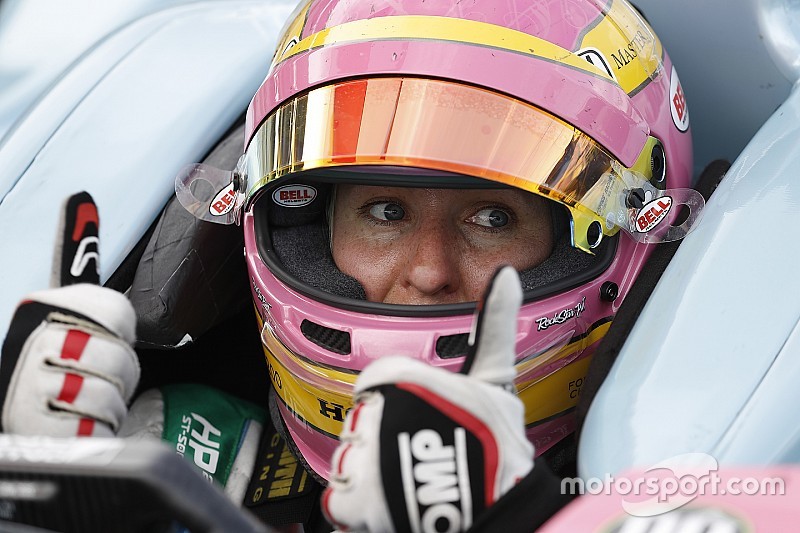 The United States Auto Club National sprint car champion team has announced it is to partner with Ross Motorsports, Indiana Donor Network and its Driven2SaveLives campaign to field an entry for Mann for its first crack at the Indy 500.

The team was founded in 2016 in memory of USAC champion and three-time Indy starter Bryan Clauson by his father, Tim and Richard Marshall.

Clauson died in August that year following an accident in a midget race in Belleville, KS. However, as a registered organ and tissue donor, he saved five lives.

Mann, who will pilot the Driven2SaveLives Chevy, said: “I am so thankful for this opportunity to join Clauson-Marshall Racing for their first Indianapolis 500. This is more than just a car entry to me and the journey has been an emotional one.

“Carrying the #39 on my Chevy entry is an honor that I don’t take lightly, and I’m grateful to Tim Clauson, Richard Marshall and Stanley Ross for believing in me.”

Mann has started six Indy 500s, five with Dale Coyne Racing, but last year she was bumped from the 33-car field on qualifying weekend along with Schmidt Peterson Motorsports’ James Hinchcliffe.

Tim Clauson commented: “In 2012, it was a privilege to come to the Indianapolis Motor Speedway as a dad to a driver who was competing in his first Indy 500.

“Now, we are honored to have an entry in the Greatest Spectacle in Racing. We are especially honored to partner with Driven2SaveLives, after organ and tissue donation became an important part of our lives in 2016.

“Merging our dirt programs with the Indy 500 program is very important to our future, and we are fortunate to have Pippa Mann behind the wheel. After watching the way she handled the circumstances of last year with such grace, we were sure that if we could help her return to the Speedway, we would.”

Kellie Hanner, Indiana Donor Network president and CEO added: “Over the past four years, Driven2SaveLives has become a beacon of hope for patients waiting for a lifesaving organ transplant. We are excited to partner with Clauson-Marshall Racing this year to spread the donation message far and wide.”