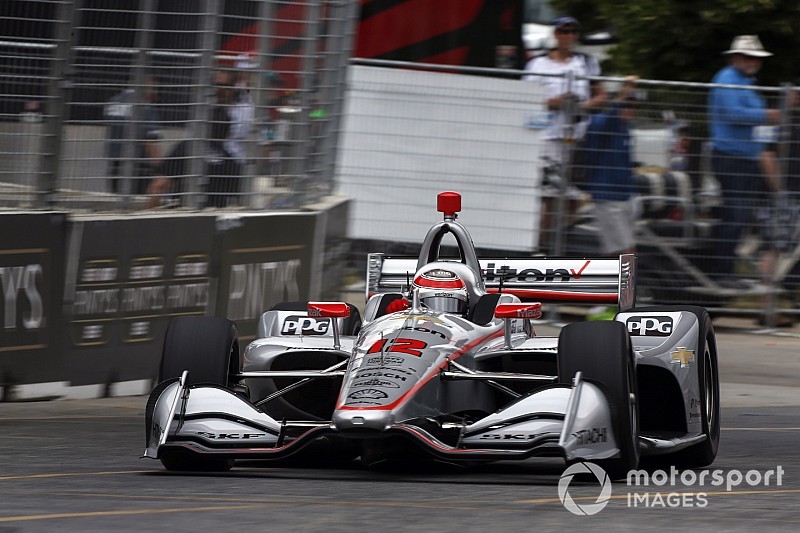 Three-time Toronto IndyCar winner Will Power has spoken candidly of a disastrous race weekend that saw him qualify only 15th and finish 18th and in the tire wall.

The 2014 IndyCar champion struggled throughout practice and qualifying with a setup on his Team Penske-Chevrolet that was initially too hard and twitchy. When he switched to the more compliant settings adopted by teammate Simon Pagenaud – polesitter and eventual winner – Power’s pace barely improved.

Sunday morning warm-up saw him second fastest, however, and he started making moves from the drop of the green flag, but at Turn 8 he tried inside Graham Rahal’s Rahal Letterman Lanigan Racing-Honda but the American was also looking down the inside of Marco Andretti. The three came together, spinning Andretti around while halting Power and Rahal, and sending Ryan Hunter-Reay and Marcus Ericsson down the escape road.

Having pitted for a new front wing, Power was running in the top 10 in the closing stages although fuel mileage forced him to let Rahal by, when he locked his rear wheels at Turn 8 on the penultimate lap and smacked into the tire-wall. That ensured the race finished under caution.

Speaking to NBCSN, Power said: “I got a good run on Graham and once he started turning I tried to back out of it. Wish I didn’t go for it, honestly.

“Feel bad for him, kinda ruined both our days. Really bad mistake; didn’t realize someone was on the outside of him so I thought we’d get through there two-wide. I just feel bad, man.

“Terrible, terrible mistake at the end too. Feel bad for the team [after a] reasonable comeback.

“Ugh, not the way I should be driving. I locked the rears – been having trouble with locking rears all weekend. I locked the rears, then caught it, then ran out of road and locked up and into the tires. I shouldn’t be doing that with two laps to go.”

Asked of the psychological implications after a season of speed but also frustrations and no wins, Power said: “I know how to do it; I’ve just got to mentally keep in the right place and keep doing what I know. Obviously really reflect on things, on mistakes that I’ve made and understand how not to make them again.

“Need to move forward, not dwell too much on this and see if we can have a good day at Iowa [Speedway, next weekend's round].”

Regarding his crew which have seen their teammates score six wins (three for points leader Josef Newgarden, three including the Indy 500 for Pagenaud), Power said: “I feel bad for them. These guys are used to running at the front and not many mistakes.

“I think a good result will help us all, I really do. I think everyone’s a little down with the way the year’s gone; everyone expected bigger things at the beginning of the season, and we’ve definitely had really good pace so I just need to go out there and do a mistake-free race and give them a good result and then we’ll start to get back in that flow again.”