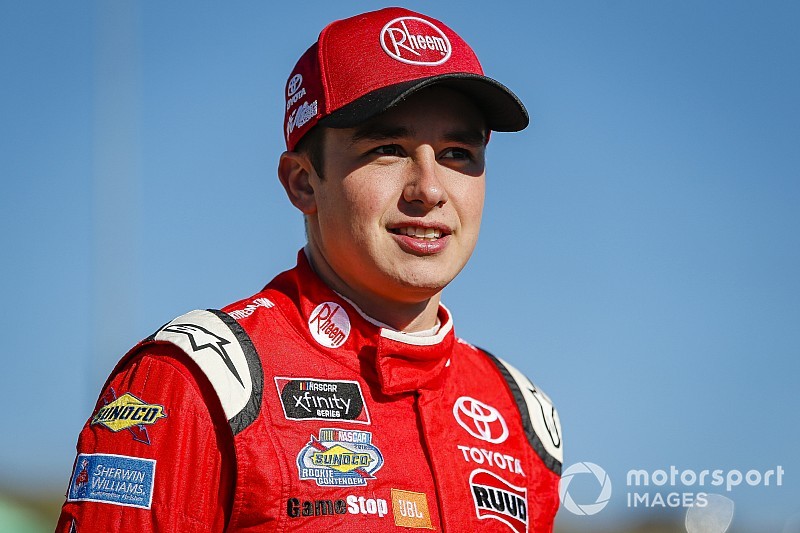 Christopher Bell and Kyle Larson certainly put on a show in the 33rd running of the Chili Bowl Midget Nationals.

Kyle Larson seemed to finally be closing in on that elusive Chili Bowl win, but the dream slipped away on the final lap of the 55-lap feature.

His Keith Kunz Motorsports teammate Christopher Bell closed what was at one point a one-second gap and saw on opportunity at the white flag. Larson slipped up off the bottom and Bell dove under him, making contact as he muscled his way by. Larson tried to respond with a massive charge down into Turn 3 making more contact, but was unable to take it back, allowing Bell to claim the Golden Driller for the third consecutive year. The final margin of victory was 0.350 seconds.

"I don't think it gets any better than that right there. That right there is why we love the Chili Bowl. It always surprises me. Man, it never disappoints ... I didn't know if I was going to get there on that one. I just kept struggling and struggling and I was losing a bit of time (on the top), but when I found the bottom I started to make up some time on him.

Regarding the contact, he said, "I just committed myself to bottom because I didn't have anything to lose. It got really slick down there and Kyle tried to stick it down there on the last lap, but he just hadn't run any laps down there. I knew what I needed to do to get it to stick and get off the corner good. "

Larson blamed himself for the victory slipping through his fingers, visibly dejected after coming so close to sealing the deal..

"Coming to the white, I missed the bottom and allowed Christopher to get a run," he explained to MavTV. "I saw on the big screen he was close and I thought about sliding myself. I didn't really know what he was going to do. I figured at the last minute that he was going to try and stick the bottom and I just missed it a little bit and allowed him to get by. I ran 53 and 1/2 good laps and just didn't close it out ... Just disappoingting to be close to winning a race like this and feeling like I did everything I could up until the very end there. Just gave it away.

"We'll come back next year and try again."