Marquez would still win if he left Honda - Doohan

Marc Marquez would still be able to keep winning in MotoGP even if he decided to leave Honda, reckons fellow five-time premier class champion Mick Doohan.

Marquez racked up his fifth MotoGP title this year with three rounds to spare, as well as sealing the 'triple crown' of riders', constructors' and teams' prizes for Honda and its works Repsol team.

The Spaniard is contracted to the Asakadai-based firm until the end of the 2020 season, but speculation has already begun as to what his next career move would be.

Although Marquez has suggested he has no reason to ever leave Honda as long as it continues to provide him with a winning bike, it has been reported that Ducati has already made tentative contact about a potential move in 2021.

Doohan, whose five titles in the 500cc category also came on Honda machinery, believes that even if Marquez chose to follow the path trodden by Valentino Rossi and Eddie Lawson in the past, he would remain the rider to beat.

"I think there were seven Hondas on the grid at one point [in my era] because everyone said they needed a Honda, but there was still only one winner!" joked Doohan in a joint interview for Motorsport.com and MotoGP.com.

"In the past when you’ve seen guys getting decent results and they change brand because they think they need another bike and their results are the same.

"I think if Marc was to change to a different manufacturer, whichever you want, he could still win. You saw that with Valentino, with Eddie Lawson, a strong rider is a strong rider.” 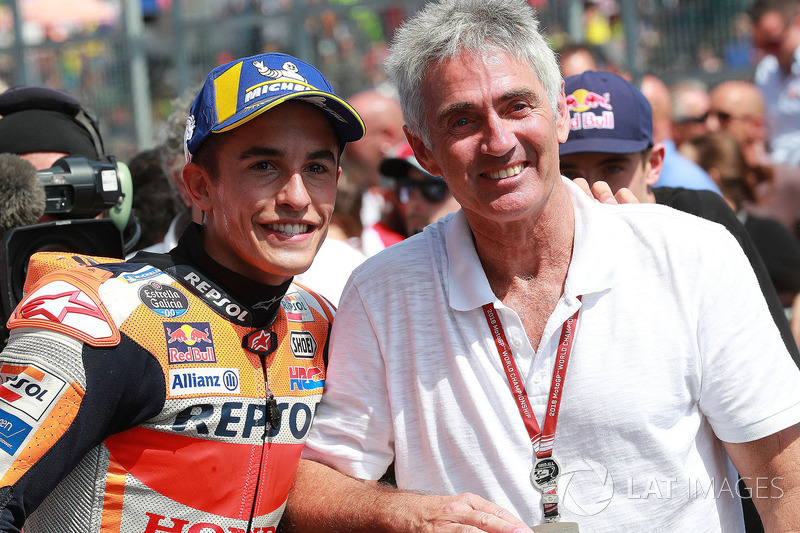 However, Doohan says Marquez doesn't need to try and prove anything by changing bikes.

“That’s bulls***," said the Australian. "If that’s coming from his competition, they already know how strong he is on the bike and off the bike so they’re trying to make themselves look better.

"Unfortunately at any period of time there are only one of two guys, from as long as I can remember, who were dominating and Marc is in that position at the moment.

"I think many of his rivals who have been in the same position haven’t been able to take advantage of the machinery they’ve got, Marc has been able to put his ability to good use along with the capability of his motorcycle.”