The reference rider among Yamaha’s MotoGP contingent is Maverick Vinales rather than Fabio Quartararo, according to Vinales’ crew chief Esteban Garcia.

Quartararo’s emergence as a premier-class star on the Petronas SRT-run satellite Yamaha has been one of the main storylines of the 2019 MotoGP season, as the Frenchman became the category’s youngest-ever poleman and regularly ran at the front.

But while Quartararo came up short of claiming a win in his rookie season, Yamaha’s two wins came courtesy of Vinales instead, as he dominated races at Assen and Sepang en route to third in the riders’ championship – two places above Quartararo and four above his fellow factory Yamaha rider Valentino Rossi.

Asked if Quartararo had become the benchmark for Yamaha riders in 2019, Garcia told Motorsport.com: “I've heard that many times - they say, now that Fabio has arrived, everyone else has gotten off their asses, are pushing like hell and going fast. Honestly I don't think he was a wake-up call.

"We were the benchmark because we are the ones who won the most races. We focused on our own problems and on how to improve.

“It's true that when you have riders like Rossi, [Franco] Morbidelli or Quartararo around you, you always compare yourself and you try to see what they are doing better than you.”

Garcia replaced Ramon Forcada as part of a crew revamp for Vinales the previous off-season, and team manager Lin Jarvis believes this played a bigger part in the Spaniard’s improving form than the added motivation stemming from Quartararo’s rise.

“We made these changes in the last winter with his crew. Maverick is somebody that needs to feel at home, needs to feel that everyone is working for him. So I think that’s been the main reason why his results have improved,” Jarvis said.

“In the past he had a great crew chief with Ramon Forcada, and then Wilco [Zeelenberg] was also his rider performance analyst. Both great guys, very capable guys but there wasn’t that super strong group feeling, that bonding and I think that’s been the main stimulus.

“That said, I think in the early part of the season when Maverick was struggling with some things, then certainly the fact that Quartararo was there, was ahead of him, became a frustration and became a driving force for him.

“Sometimes he’d come back and say ‘it’s not possible, I need to be the fastest Yamaha’. So I think it spurred him on - but it’s not the main driver.”

Garcia, for his part, indicated that he felt Vinales already had strong underlying pace at the start of the season, and thus needed no extra motivation from Quartararo.

“In the first race we were on pole and Quartararo wasn’t there yet. In Argentina we had the pace to fight for victory, but had problems in the race and were taken out on the last lap [by Morbidelli].

“In Austin we would’ve fought for victory if not for the ride-through [for jumping the start], we had better pace than the rider who won [Suzuki’s Alex Rins]. Then came Jerez, a track that Maverick doesn’t like, and yet we got the podium.

“From then on we started to fix the issue with starts. At Le Mans we struggled in mixed conditions in Q2, then were taken out [by Francesco Bagnaia] when recovering in the race. At Barcelona we were taken out again [by Jorge Lorenzo], and at Assen we won.

“[Before that] we didn’t see the potential we had since the first race because we had a lot of bad luck and because we weren’t starting well.” 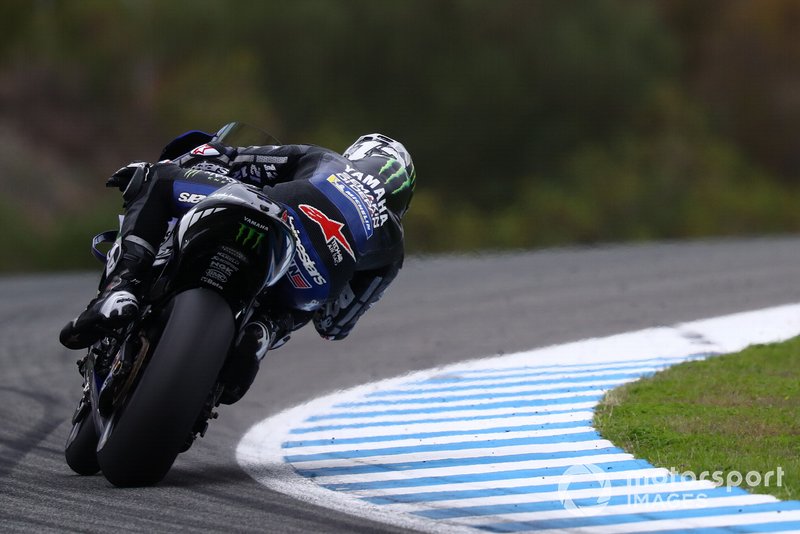