Almirola on battling for the Texas win: "I want to do that more" 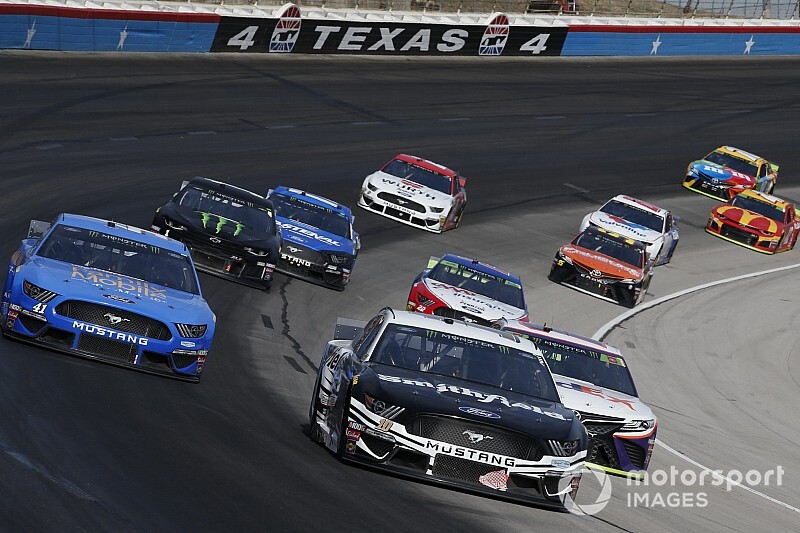 Aric Almirola may no longer be competing for a NASCAR championship but he is ending his season on a high note.

Almirola led a season-high 62 laps, won the second stage of the race and gave Harvick all he could handle down the stretch before ending up as the runner-up.

The finish was his best of the season and his second top-five finish in the past four races. He managed just one top-five in the first 30 races.

“It felt really good, especially leading all those laps, winning the stage and battling for the lead most all night. That was fun. I want to do that more,” Almirola said. “We’ve had just a terrible two months.

“The few races leading into the playoffs and then the playoffs, just none of it went our way, and man, it feels so good to come here and have such a solid night.”

Almirola qualified for the Cup Series playoffs for the second consecutive season, but unlike last year when he won the July race at Daytona, he made the field of 16 by points.

In the three races of the first round, Almirola and his No. 10 Stewart-Haas Racing team managed a series of average results – 13th, 16th and 14th – that left him as one of the first four drivers to be eliminated after the first round.

The result was discouraging but Almirola still got good news with a one-year contract extension as his SHR teammates Harvick and Clint Bowyer continued to compete for the series title.

Making the most out of it

Still, Almirola is determined to make the most out of the rest of the season while also doing what he can to help Harvick in his quest for a second series championship.

“That’s the hard part about when you have a year like last year and (SHR) wins 14 or 15 races as an organization, the expectations are really high. So, when you don’t run like you’re used to, the morale in the shop can get a little down,” he said.

“But we have such a great group of people at SHR and just a never-give-up attitude. Everybody fights and keeps building new race cars and trying to learn and get better, and (Sunday) was a prime example of that.

“Really happy for everybody back at the shop. We’ve got a car going to Homestead to race for the championship, and that’s what it’s all about.”

Kyle Busch: Logano is "who we’re racing" at Phoenix

Penske willing to “take a risk” on future Indy events