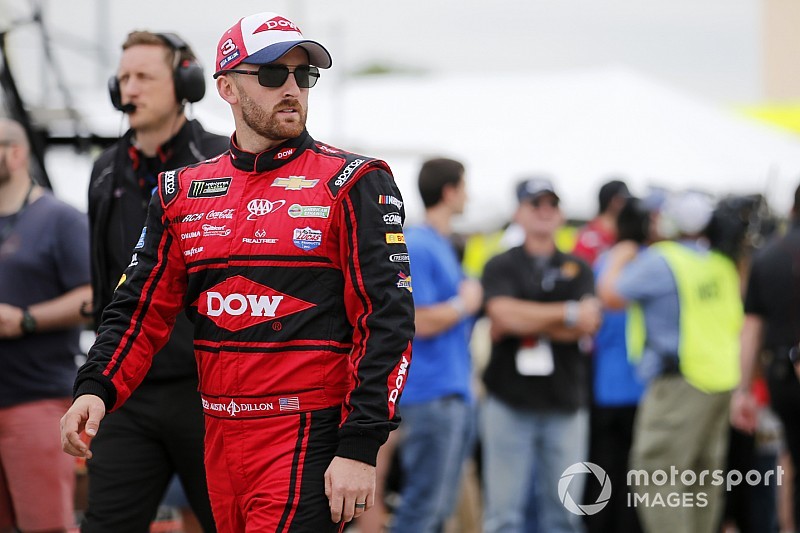 Austin Dillon was finally able to earn a result worthy of the speed he has shown this season but it was not easy.

Dillon began the weekend at Auto Club Speedway by winning the pole for Sunday’s race and his No. 3 Chevrolet was fast in all three weekend practice sessions.

But even before he could start Sunday’s race, he developed flu-like symptoms and felt bad enough that his team had Saturday’s Xfinity Series race winner, Cole Custer, fitted for his seat in case he needed a relief driver.

Just before the start of the race, Dillon radioed his team, “Uh, I actually feel a little better, I think I’m going to be fine.”

As it turned, he completed the race and earned his first Top-10 finish of the season. But even the race itself had its challenges.

At the end of Stage 1, Dillon’s No. 3 Chevrolet began billowing smoke which appeared to be an expired engine. It turned out to be a flat right-rear tire, a much more manageable issue, and he remained on the lead lap.

He started the final stage in ninth, ran as high as eighth and was able to keep Chase Elliott at bay to finish 10th.

Once the race was completed, Dillon went immediately to the infield care center to receive some IV fluids. He was treated and released less than an hour after the race’s conclusion.

“We had a really fast Dow Chevrolet this weekend and we have shown speed all year. We earned the pole award and ran well within the top-five until the end of Stage 1,” Dillon said.

“I could feel the right-rear tire going down and brushed the outside wall. The No. 3 team did a great job keeping me on the lead lap during multiple pit stops for repairs.

“We remained fast. It was just an uphill battle to reclaim track position. Through hard work, we were able to finish 10th. I’m so proud of this team.”

Both of Richard Childress Racing’s teams have shown raw speed this season, but Dillon in particular has been very fast.

Unfortunately, through the first four races, he had been unable to translate that speed into a solid finish. He didn’t finish worse than 21st but also no better than 16th.

He was on his way to a strong finish at Las Vegas a week ago but his team didn’t get his fuel tank full on his final pit stop and he had to pit late in the race for gas.

Kurt Busch continues to show the way for Chevrolet