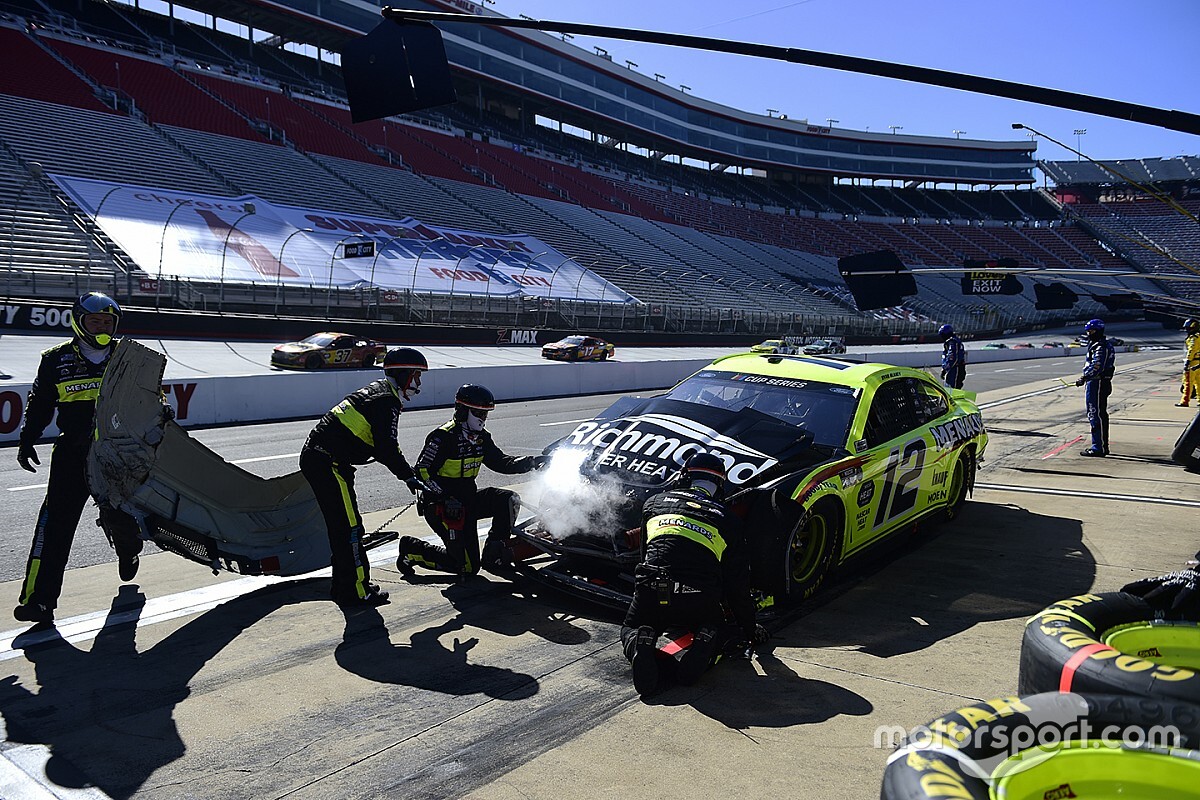 Ryan Blaney was a contender throughout the opening stage at Bristol Motor Speedway Sunday, but never saw the end of Stage 2 as a crash ended his day.

Blaney placed second in Stage 1 and was running in the same position as he pursued teammate Brad Keselowski for the race lead during Stage 2.

But on Lap 199, Blaney appeared to get a bit too high and spun sideways. The No. 12 machine only sustained minor damage, but moments later Ty Dillon struck the nose of the parked car, ending both of their days.

“I was running up there for a little bit. I didn’t think I was that high and all of a sudden I hit a slick spot," Blaney explained after leaving the infield care center. "I was way high and that’s obviously not where I wanted to be, but I didn’t think I was that high getting in there. It might have just been trying to get too much and got in the marbles and spun out. I thought we were gonna be okay and then we got destroyed about six seconds later, so that’s just Bristol and a part of Bristol. I probably shouldn’t have been pushing that hard, but trying to get back to the lead. I thought we found some speed up there, just a mistake on my part.  I hate it for Menards and Richmond and everybody on this 12 team.  After having two strong weeks, you go and you wreck not even halfway, so that’s just a bummer. We’ll go to Atlanta and see what we can do.”

Dillon will finish 39th, and Blaney 40th. This DNF comes after two third-place finishes for the Penske driver at Charlotte, who is still searching for his first win of the season despite several strong runs.

On what Dillon said to Blaney after the incident, he explained: “Just how he was trying to get slowed up.  It’s just one of them things at Bristol. Things happen fast and just couldn’t get slowed up enough and turn and miss me.  I think we’re both out of it, but I shouldn’t have been sitting there sideways on the track anyway. That stinks, but I thought we were gonna be okay and just can’t seem to avoid things here.  It’s hard to do, but I hate it for everybody on our crew.  We had a good car and I just kind of overstepped it and cost us.”