Penske’s Brad Keselowski solidified his chance to win a second NASCAR Cup Series championship this season but his future remains much more in doubt. 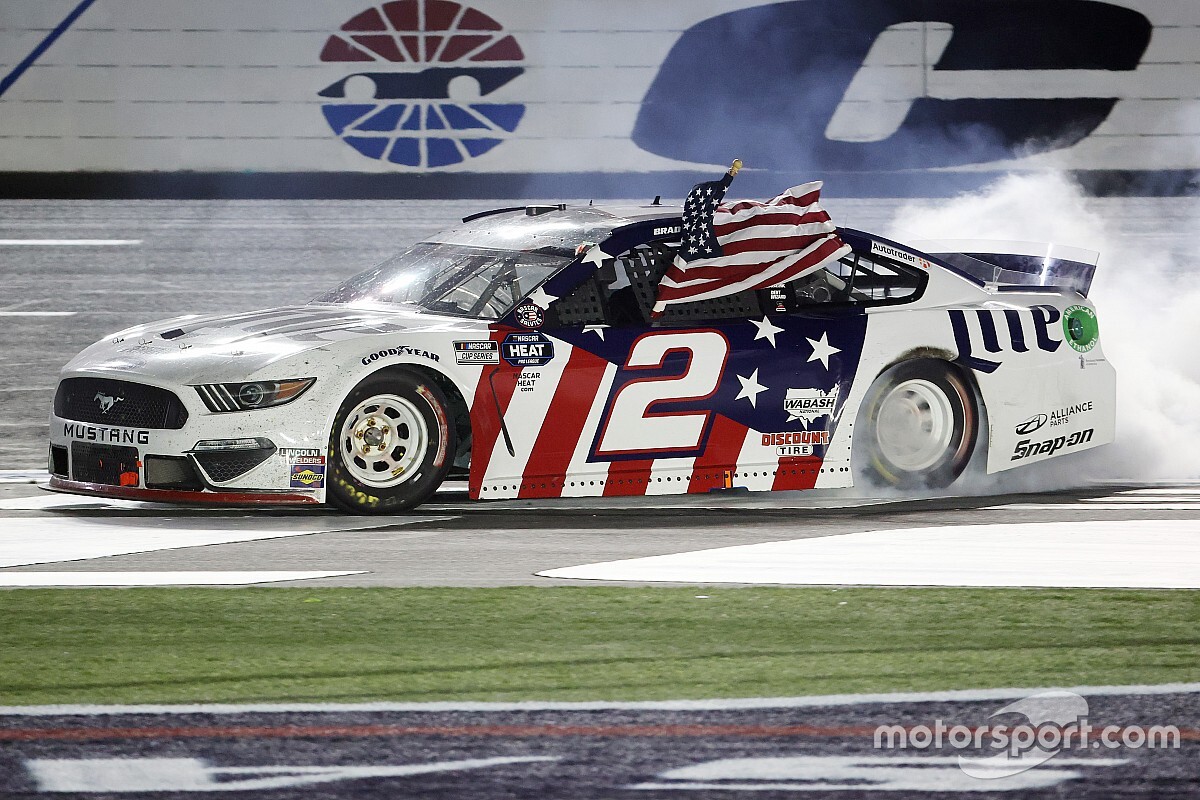 Aided by a late-race caution, Keselowski ground out a victory in Sunday night’s rain-delayed Coca-Cola 600 at Charlotte Motor Speedway, holding off Jimmie Johnson to capture his first win of the season and 31st of his career. Hours later, Johnson’s No. 48 Chevrolet failed post-race inspection and Chase Elliott ended up awarded with the runner-up finish.

Keselowski, however, began the 2020 season in the final year of his contract with Team Penske and even with a two-plus month layoff due to the COVID-19 pandemic, he remains without a contract extension or a new deal with another team.

“Well, I know winning never hurts,” Keselowski, 36, said when asked about his free agency. “I wish I had more news, but I don’t. So, yeah, winning is not a bad thing. I hope to continue to compete at a very high level and be able to win races for a long time.

“We’ve got a race win at a major on a team that’s really just starting to click together. This team has a lot of potential. My goodness, on pit road, they were on fire. They put us in a spot to win.”

Keselowski continued, “I hope that I get to take and make something of that for years to come. But it's not all up to me. A lot of things have to come together, whether it’s sponsors or whatnot, management things. That hasn’t happened yet.

“I hope it does because this is my 30th win at the Cup level with Team Penske. That’s pretty special. I think I got another 30 left in me. I’d like to have the chance at that.”

Before the pandemic brought the NASCAR season to a halt, Keselowski’s name was frequently mentioned as a potential replacement for Johnson at Hendrick Motorsports. Johnson is retiring from fulltime NASCAR competition at season’s end.

In recent weeks, however, that speculation has cooled and sources tell Motorsport.com that Hendrick may be eyeing another young rising star to move into the ride. Up-and-comers like Erik Jones and Christopher Bell are currently working on one-year deals.

After his victory, which ended up being celebrated early Monday morning due to the rain delay, Keselowski seemed a bit reflective about one of his sponsors as he stood near his No. 2 Ford on the frontstretch. Sunday’s Coke 600 was the only race that long-time Penske partner Miller Lite has scheduled to serve as primary sponsor on Keselowski’s car this season.

“I’m really happy for Miller Lite,” Keselowski said. “I don’t know what’s gonna happen with them, if they’re gonna come back on the car or what, but it’s been a great 10-year ride with them.

“This is their only race of 2020 and we’re in Victory Lane. I know they’re really happy because Miller Lite goes with Memorial Day.”

Kyle Larson returns to NASCAR with Hendrick in #5 car