Ford stars Ryan Blaney and Joey Logano have thrown their support behind Bubba Wallace’s efforts in publicizing the Black Lives Matter movement in the NASCAR Cup Series, and say he should be proud to highlight racial issues via the sport.

Wallace – the only African American in NASCAR’s top level – ran a #BlackLivesMatter scheme on his Richard Petty Motorsports Chevrolet at Martinsville on Wednesday night, the day that NASCAR announced it was banning the Confederate flag from its grounds during events. Wallace has vociferously campaigned against racial injustice – and called for a ban on the flag during an appearance on CNN on Monday night.

Wallace finished just outside of the top 10 after a strong run at Martinsville, and the hood of his car spelled out a clear message: “compassion, love, understanding”.

“I’m really proud of what he’s doing,” said Wallace’s longtime friend Blaney, who revealed that he’d taken part in a peaceful street protest in Charlotte last week. “Proud of the effort he's putting in, in wanting to kind of lead the charge. I stand behind him. A lot of guys stand behind him in NASCAR, not only the drivers, but a lot of teams, as well, crew members. The car he ran tonight was great. I loved that they were able to do that, came up with that idea.

“We've been really best friends for a long time. The way he and I have always thought growing up is everyone is equal. We always treat everyone equal no matter where you come from, what color you are. You treat people with respect, don't judge people.

“I feel like he's taken a larger stand, just encouraging the cause right now, just wanting equality and understanding. I feel like he always has been [an activist] a little bit. But now in these times, I think it's great he's embracing it and leading the charge. I'm really proud and will stand behind him 100%.”

Former series champion Logano also praised Wallace for stepping up and “not just being a racecar driver”.

“You have monumental moments, big moments in sports and life,” said Logano. “Obviously, there’s so much going on right now in our world when you think of the Black Lives Matter movement that’s going on, Coronavirus, and it’s forcing all of us to look internal, look at ourselves first.

“It says in the Bible, ‘Look at yourself before others,’ and I think you need to fix your heart, find your heart, know what’s right. I’m not speaking as myself, I’m speaking for everybody, that’s just the way we should be.

“It was really cool to see what Bubba was able to do. He should be proud of the movement he’s made for the African American community in our sport. He always has just by being here, but when you look at the comments he made on CNN the other day and then NASCAR completely answered it.

“Kudos to NASCAR. Kudos to Bubba for bringing it up and using his platform for something good. That’s the most important thing. Kudos to him for really stepping up and being a leader and not just being a racecar driver.” 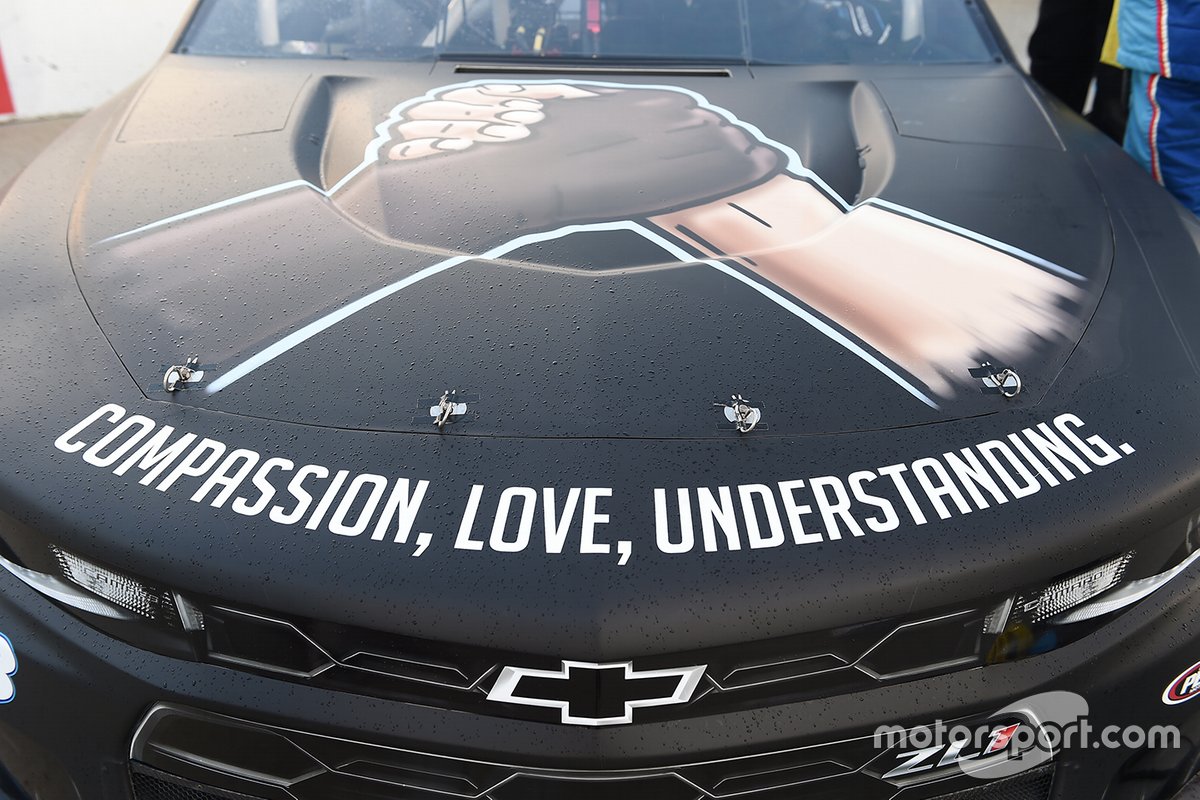 NASCAR All-Star Race schedule, entry list and how to watch