Two years ago, Jimmie Johnson’s performance so far this weekend at Texas would be an excellent forecast for a victory. 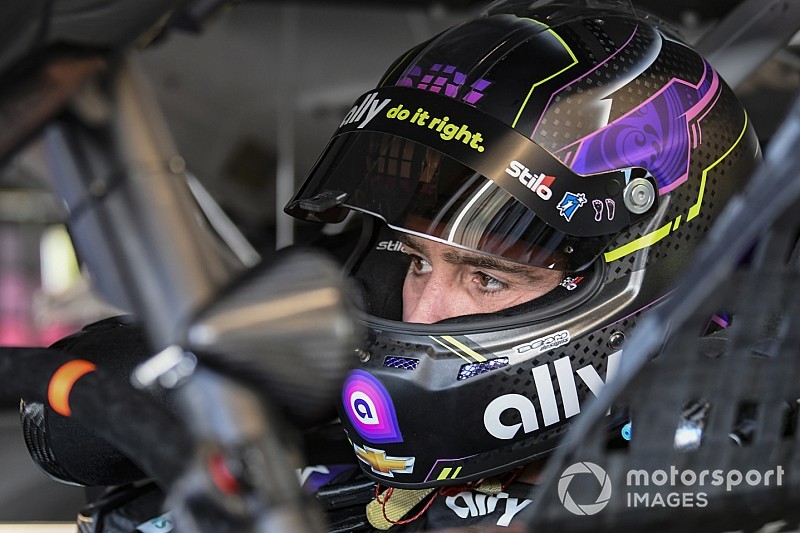 Throughout his Hall of Fame worthy career, good Fridays have typically turned into good Sundays for Johnson, including seven victories in his NASCAR Cup Series career at Texas Motor Speedway.

Already this weekend, Johnson was fastest in Friday’s lone practice session, won each round of qualifying and the pole for Sunday’s O’Reilly 500 and had the fastest average speed in Saturday’s final practice among those drivers who ran at least 10 consecutive laps.

In the heyday of his career, no one would bet against another win being the likely next step, but these are different days for Johnson.

He is immersed in a career-worst 65-race winless streak, having not scored a victory since winning at Dover, Del., in spring 2017.

While Hendrick Motorsports has struggled with performance as a whole in recent seasons, the victory drought shines brightest on Johnson, in part because of his record-tying seven series championships and 83 career Cup victories.

One week after struggling at Martinsville (Va.) Speedway – one of his most successful tracks – it appears Johnson may have sharply turned the corner.

“I’m thankful to have just raw speed in the car and I think it’s that. And we’ll have to see how it works in traffic,” Johnson, 43, said. “I think at Las Vegas we had a car capable of really performing well on Friday and we got in race conditions and dirty air and we didn’t have exactly what we needed.

“The work that went into these cars and the work that’s gone into, honestly the last 36 months; and we’re not out of the woods yet. But this is a very good weekend for us to really build on our 1.5-mile program. And I think we’re off to a great start.”

Winning the pole is no small matter for Johnson, who has struggled at times in qualifying over his career. In fact, this weekend’s pole at Texas is his first since the 2016 season even though it’s the 36th of his career.

“It’s crazy that I have had so many more race wins than poles. Fridays and trying to squeeze out that last half of tenth (of a second) has never been my strength as a driver,” he said.

“It’s always been racing and other drivers … but to keep chipping away at it is really cool and this one came at an important time for our company and my racing needed a nice shot in the arm.”

Johnson’s No. 48 team took part in the preseason test at Las Vegas in late January with the new aero package and came away fairly encouraged.

Unfortunately, as the season has started, his best finish in the three races which predominately featured the package was 17th at Auto Club Speedway.

Once the West Coast swing was over, HMS went to work to make adjustments from what they learned in the early-season races. So far, that work has translated into speed on the track.

“I feel like Atlanta was the track that was kind of an outlier; but Vegas was really the first true test in my opinion. And what we had there didn’t work and we’re totally different here,” Johnson said.

“We still have the race ahead of us. We’ll see where that pans out. But our struggles have been highly frustrating just because of the effort that’s gone into it. Thankfully we’re having a car shine on certain weeks and we’re able to learn from that and find our way.”