Cole Custer to replace Suarez at Stewart-Haas Racing in 2020 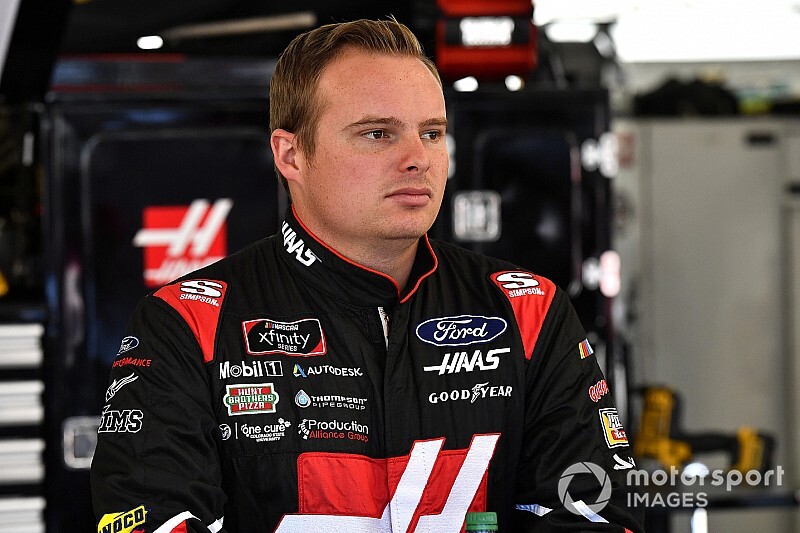 Cole Custer will be moving up to the NASCAR Cup Series at Stewart-Haas Racing in 2020, multiple sources confirmed to Motorsport.com on Thursday.

An official announcement of the move is expected within the week.

A request for comment from a SHR spokesman was not immediately returned.

Custer is one of four drivers who will compete for the 2019 Xfinity Series championship in Saturday’s Ford 300 at Homestead-Miami Speedway.

So far this season, he has seven wins (second-most in the series), 16 top-five and 23 top-10 finishes and a series-tying high six poles. He has nine series wins in 103 career starts.

Suarez, the 2016 Xfinity Series champion, joined SHR this season in a one-year deal. While he has shown flashes of competitiveness, Suarez failed to make the playoffs and so far this season he has four top-five and 11 top-10 finishes and won one pole in the No. 41.

In 107 career Cup starts, Suarez has a career-best finish of second, which came in the July race at Pocono in 2018. He confirmed the news that he would be out at SHR with the following video posted to social media Thursday night:

When asked about his expected move to Cup during Championship 4 Media Day, Custer said: "I mean, right now, I'm just trying to focus on the championship.  I've really tried to kind of stay out of it, I mean, honestly, this is a really big weekend for us, I mean to win a championship in the Xfinity Series, so if we can do that that's probably my focus this next week."