Where the Cup Series left off before the COVID-19 pandemic

Unlike most professional sports, NASCAR’s 2020 season got underway before the COVID-19 pandemic brought live sporting events to a halt in mid-March.

It’s been more than two months, however, since Joey Logano took the checkered flag at Phoenix Raceway on March 8 to earn his second Cup Series victory in the season’s first four races.

Denny Hamlin won the season-opening Daytona 500 and Alex Bowman earned a dominating victory in Fontana, Calif. – a win which likely contributed to his contract extension with Hendrick Motorsports announced on Saturday.

The Cup series returns to action at 3:30 p.m. ET Sunday at Darlington (S.C.) Raceway (Fox Sports) and while there will be no fans in attendance, the series is set to pick up where it left off from a competition standpoint.

Although he doesn’t own a win yet this year, veteran Kevin Harvick remains the series points leader and has been a model of consistency with two top-five and four top-10 finishes in as many races. He hasn’t finished worse than ninth.

Darlington is a solid track for Harvick, who earned a victory at the track in 2014 and has finished in the top-10 in eight of his last 10 races.

“Darlington is a very sensitive temperature track, so I think you kind of have to evolve as the race evolve,” Harvick said. “You look at last year’s stuff, you look at the evolution of the cars as we’ve gone through the off-season and the first part of the season knowing that you at least get to race on the same tire that you had last year.

“We want to have a versatile car that can run high or low and do things that you normally do, but I think the biggest goal in this instance is to just not be in right field – try to get yourself in the ballpark and be able to adjust on it so you don’t have to have a rebuild and a reboot.”

Logano, thanks to his two early-season wins, sits a single point behind Harvick in the standings. He’s been a bit inconsistent, however, finishing 12th and 26th when he hasn’t won. 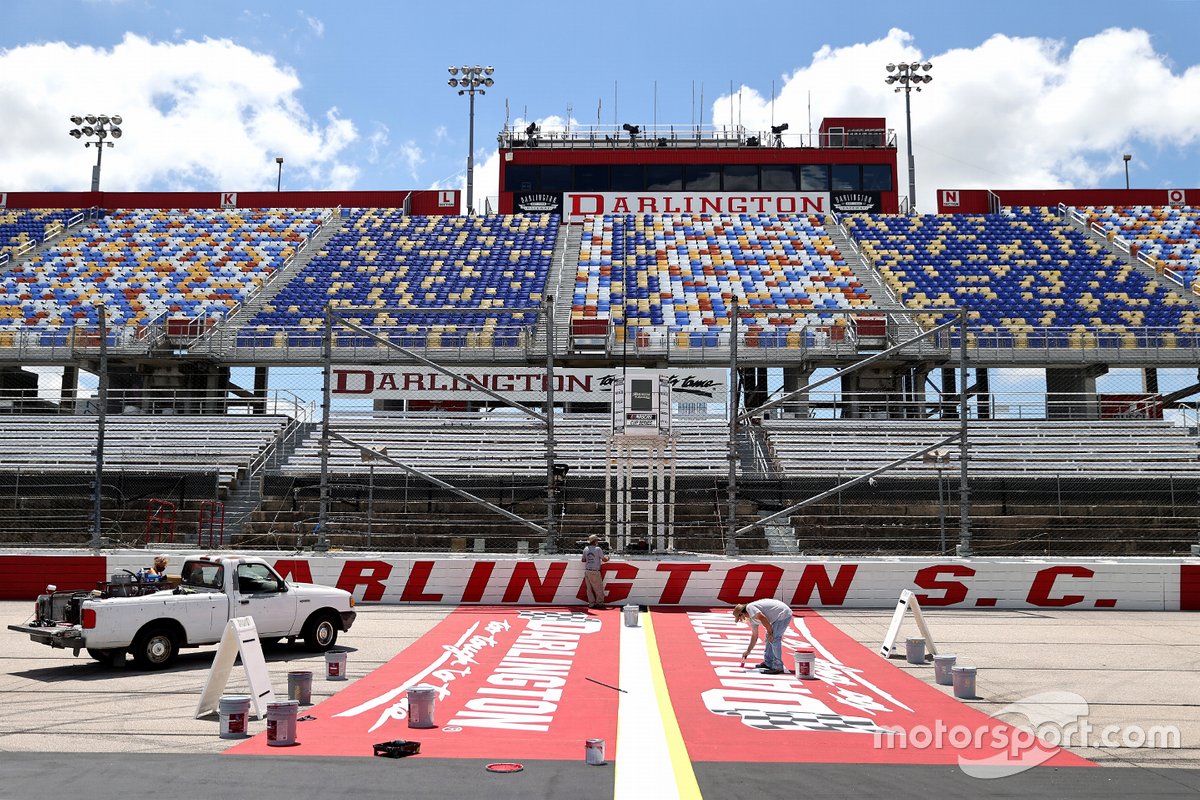 Hendrick Motorsports got off to a strong start this season as three of its four drivers are ranked among the top 10 in the standings – Chase Elliott is third, 20 points behind Harvick. Bowman is fourth, 26 points out, and Jimmie Johnson is fifth, 33 points back.

It’s the first time the team has had three drivers ranked in the top 10 after four races since the 2015 season.

Three Joe Gibbs Racing drivers – Kyle Busch, Hamlin and Martin Truex Jr. – qualified for the Championship 4 season finale last year. But even with Hamlin’s Daytona 500 win, after four races this season, none of JGR’s four drivers are ranked among in the top 10 of the standings.

Newman, 42, was medically cleared to return to competition on April 27 after suffering a closed head injury in a last-lap wreck in the Daytona 500. The two-month postponement for the pandemic provided Newman time to complete his recovery.

Kenseth will finish out the season in the No. 42 after Kyle Larson was suspended indefinitely by NASCAR and fired from Ganassi after using a racial slur during a broadcast of an iRacing competition during the break.

NASCAR's Real Heroes 400 from Darlington as it happened