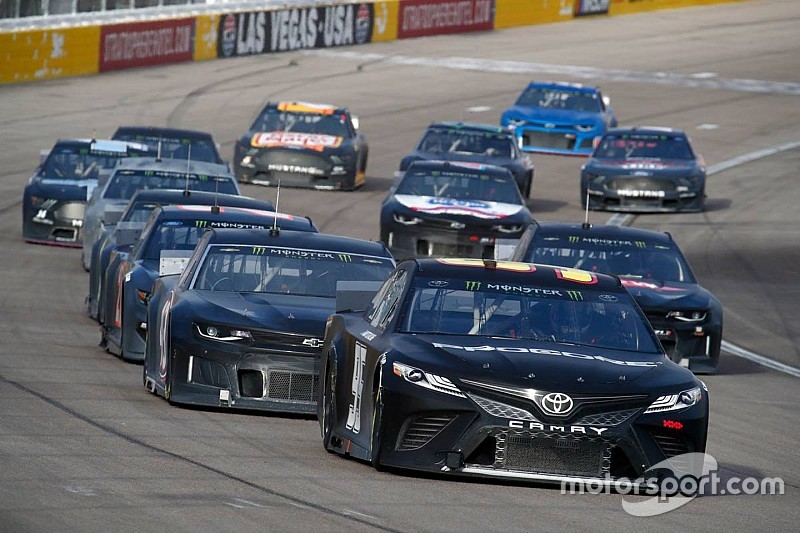 This week’s two-day test at Las Vegas Motor Speedway certainly showed this Monster Energy NASCAR Cup Series season will be unlike any other.

Testing in NASCAR always comes with a caveat – there is no technical inspection and teams are free to push their respective car’s limits as little or as much as they want.

Yet over two days of testing with NASCAR’s new aerodynamic rules still provided a much better look and some helpful understanding prior to the rules’ first use in the season’s second race at Atlanta Motor Speedway.

Here are five takeaways from two days in Las Vegas:

No surprise here. Ever since a version of the package first was put in use in last season’s NASCAR All-Star Race, there has been a classic battle of traditionalists vs. what’s best for the sport in general. This is racing after all and it’s hard for many to get past the notion that the guy with the best and fastest car should be able to win. And drivers who have found success in that fashion in their careers (for example Kyle Busch) certainly don’t want to see their advantage go away. Yet, watching leaders pull away from the field and knocking competitors off the lead lap one by one isn’t exactly thrilling entertainment to the TV viewer or in the grandstands. The field remaining closer together makes for a better visual product while also providing more opportunities for drivers who make their cars better during a race to advance. Even in the all-star race, which featured a much tighter field and plenty more passing, the guy who won the most races last season – Kevin Harvick – still won the event.

The “eye test” is important

As mentioned above, in the age where far more fans watch what transpires in any sport through what is seen on TV or digital platforms than in person, how the product is visually interpreted plays an important role in how its success or entertainment value is assessed. Again, “purists” may not like that, but only the driver (and his fans) who is winning by 15 seconds over the field is going to think that’s great racing. It may be racing’s goal, but not what is going to lend sponsors to flock to the sport with advertising dollars. One thing was clear in the Las Vegas test – the field will remain closer together and the leader cannot drive away from the rest of the field in a way where no one can ever get close to him.

It’s tough to pass the leader

Well, duh. First of all, the leader is the leader for a reason. He didn’t get there by accident. Faster cars are still faster cars. Anyone who thought the implementation of this aero package was going to mean the race lead was going to swap 30 or more times like in some previous Talladega events simply has not been paying attention to what NASCAR has been attempting to do. Same for those who claim this package is “pack racing.” It is in no way similar to how cars ran at Talladega in 2000 with the wicker bill on the roof. (Fans hate that, except when you remind them Dale Earnhardt Sr.’s final race win came in that event and then it was the “greatest race ever.” Imagine that.)

Drivers are going to use more skills not less

There are several drivers – Kyle Busch among them again – who sincerely believe their “talent” that has brought them success in their driving career won’t be as impactful in this new package. That may be true to some degree but it also opens the door for even more driver input. But listen to what else Busch said this week: Races will be “more of a mental game, a lot more of a chess match, thinking how you make moves, how daring you’ll be.” I’m sorry, is that not also what we view as a driver’s skill? I certainly have. Making the decision to put your car in a certain place on the track and betting the outcome will be a good one for you seems to me to be a very important part of being a successful driver. Like any rules package that has ever been used in any motorsports, there will be drivers who excel at it and some who fail. Current drivers are simply worried what has proved successful in the past may not work in the future. And you can’t blame them.

Teams can still make their cars better or worse

Seven-time Cup series champion Jimmie Johnson, who is beginning the new season with just the second crew chief of his career, was adamant that teams can still make changes to their cars that improve their performance. And they can also send them in the wrong direction. During the first three drafting sessions, Johnson ran consistently near the front of the field. On the fourth on Friday morning, Johnson found himself back in the field. “We won’t do that again,” he joked afterwards. The biggest challenge for teams seems to be a common one – do you set-up for short run speed or long-run speed? That choice may become much more important with the new aero rules. Combined with the stage racing already in place, strategy decisions could make or break a driver’s race – and season – this year.