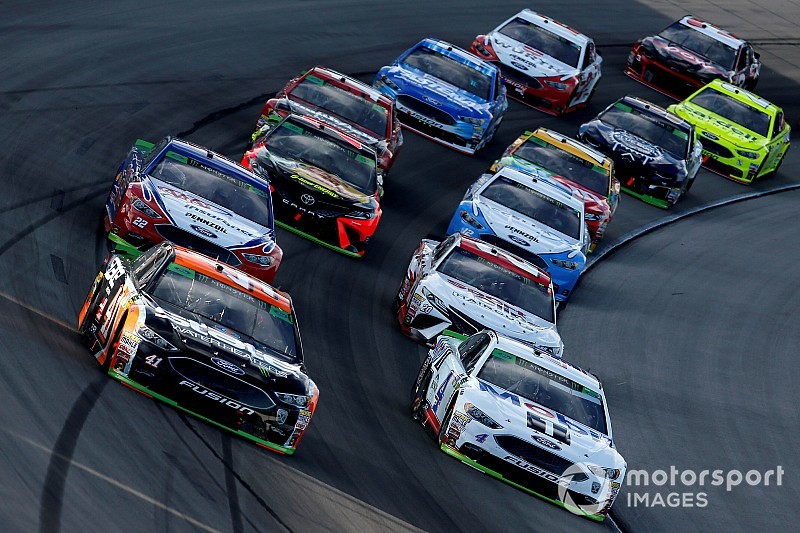 In move heralded as “unprecedented” but also “necessary,” NASCAR announced Monday that any race winners from any of its national series – Cup, Xfinity and Trucks – that is found to have an L1 penalty following the race will be disqualified.

The disqualified team and driver will lose the win and all stage and playoff points. The driver will receive last-race points for the event (one point).

As part of the change, all post-race inspection (except some engines that are run more than once) will be completed following the event. NASCAR hopes the process will be completed within 90 minutes and an official winner announced.

Should the first-place car be disqualified, the second-place car would become the winner of the event and receive all benefits (including the trophy) from the victory. Teams will have the ability to appeal and the appeals will be conducted in an expedited manner.

“Our industry understands the need to focus on what happens on the race track. We cannot allow inspection and penalties to continue to be a prolonged storyline. Race vehicles are expected to adhere to the rule book from the opening of the garage to the checkered flag.”

NASCAR will inspect the first- and second-place vehicles, as well as a random vehicle, after each event. One random car from each event may still be sent to the NASCAR Research & Development Center in Concord, N.C., for further examination, but no penalties will be assessed from anything found. The information, however, will be shared with teams.

NASCAR disqualifications, particularly in the Cup series, have not been seen since NASCAR’s early days. The most recent Cup race winner to be disqualified was in 1960, when Emanuel Zervakis was disqualified for a large fuel cell and win handed to Joe Weatherly.

As part of the focus on inspection procedures, NASCAR will assess all penalties for illegal parts at the track during the course of the weekend. For instance, if a car is unloaded with an illegal part, it will automatically be assessed an L1 penalty.

“We’ve heard loud and clear from our race fans who don’t like penalties dragging out to Tuesday or Wednesday from the race. Unfortunately we headed down the path where that became the storyline,” O’Donnell said.

“When you leave the race track on Sunday night, you’ll know who the race winner is from our perspective. We’re going to move forward. We understand the challenges around sponsorships and different things.

“But we’ve also made it very clear to the teams over the last six months that this is where we’re headed. So, bring your stuff right and let’s concentrate on the best drivers in the world going out and beating each other on the track instead of the wind tunnel.”