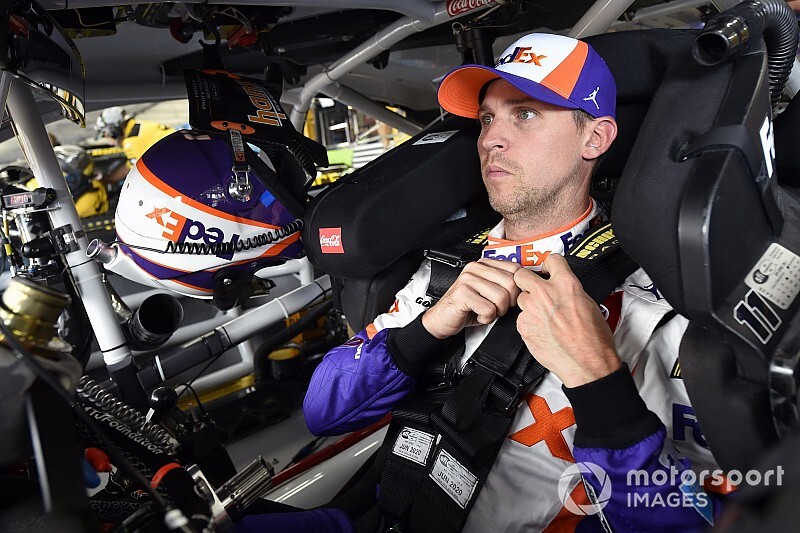 Corey LaJoie was fourth and Michael McDowell completed the top-five.

Less than 10 minutes into the session, Kyle Busch’s team pulled his No. 18 Toyota out of line on pit road and pushed it back to the garage with what his team believed was a fuel pressure issue. He had not yet turned a lap on the track.

Busch finally was able to get on track about 17 minutes into the session.

With about 15 minutes remaining in the session, a caution was displayed for debris on the track. Daniel Hemric appeared to cut a tire from running over the debris.

Four drivers had to sit out the final 15 minutes of the session. Chase Elliott, William Byron and Ryan Preece for being late out of the garage for inspection and Martin Truex Jr. for failing pre-race inspection twice last weekend.

Matt Crafton to stand by for Paul Menard at Talladega