Harvick: "We still have to beat the Gibbs cars" for title shot

To say Kevin Harvick was disappointed with how his weekend at Kansas Speedway turned out is clearly an understatement. 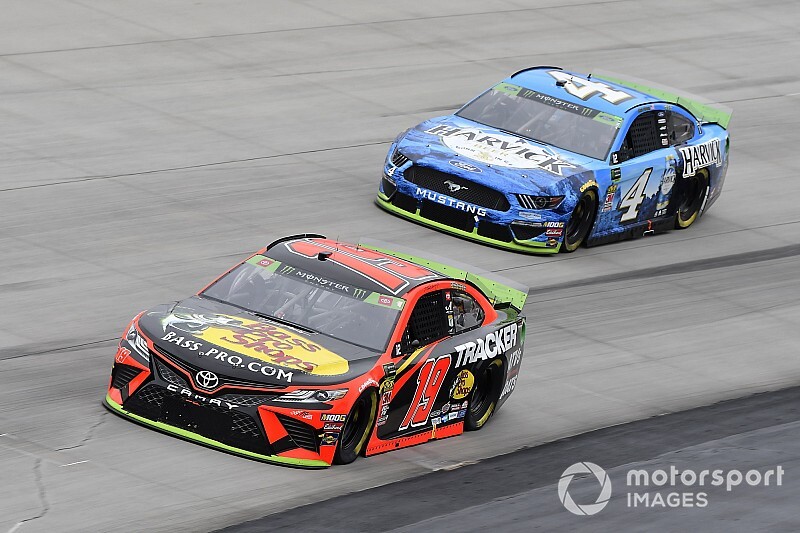 Harvick had started on the pole and led 104 of 267 laps before finishing 13th in the spring race at Kansas and he and his crew chief, Rodney Childers, were expecting much more the second time around.

With a new car and big improvement with the new aero package over the last several months, the No. 4 Stewart-Haas Racing team was eyeing Kansas as a prime opportunity for another victory.

Instead, Harvick found himself starting the race from the rear of the field, collecting just five stage points and finishing ninth – but it was still good enough to advance to the semifinal round of the playoffs based on points.

“We had to start in the back and had a tough day getting through traffic. A couple times we got up there and then had bad stops and got mired in traffic. It didn’t go as planned but we did what we needed to do to get to the next round.

A weekend to forget

Harvick’s weekend got off to a bad start when he didn’t even get the chance to qualify, in part because his team discovered a problem with the car’s driveline after it passed inspection on its second try.

Once the problem was corrected, the team had to take the car back through inspection (basically failing themselves a second time) and it failed again. The three failures resulted in Harvick being denied the chance to qualify and he had to start the race from the rear of the field.

Harvick managed to get to 14th after the first 80-lap stage. He ran as high as third at one point in Stage 2 before finishing sixth. In the final stage, Harvick struggled to remain in the top-10.

Before returning to another 1.5-mile track to compete with the likes of race winner Denny Hamlin, Harvick said he and his team have some work to do.

“I think we just have to go home and make some decisions for Texas. Obviously, we still have to beat the (Joe) Gibbs (Racing) cars,” he said.

“We just have to go and see what the other cars did this season with their higher downforce cars and see how it worked for them and go from there.”

Kevin Harvick: "I’ve been punched in the gut a lot harder"

'Transformation' in Chase Briscoe leads to promotion to Cup

Harvick's advice to young racers: "It's just about the results"