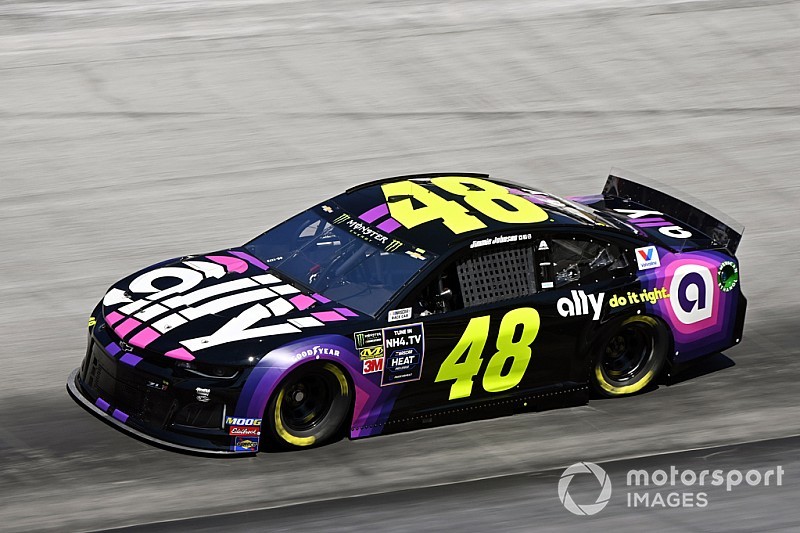 Since the advent of NASCAR’s playoff system in the Cup Series, Jimmie Johnson has never missed the cut, but time is running out this season.

Johnson suffered through his second straight race of troubles on the track, ending up 19th in Saturday night’s race at Bristol (Tenn.) Motor Speedway, and four laps down from the winner Denny Hamlin.

In fact, Johnson has not finished better than 15th in the last six races, during which he has dropped from 13th to 18th in the series standings.

With two races remaining to make the 16-driver playoff field, Johnson sits on the outside looking in, trailing Daniel Suarez – who currently holds the 16th spot – by 26 points.

At this point, only a victory at Darlington, S.C., or Indianapolis Motor Speedway may be able to ensure Johnson’s playoff participation.

“I’ve got one more shot. I don’t know, it’s so hard to predict,” Johnson said. “These are two great tracks for me, two places that I love. We’ll see what happens.”

Another setback at Bristol

Unlike Michigan two weeks ago when Johnson’s race went south after he hit the wall, Saturday’s race got off to a bad start when Austin Dillon blew a right-front tire on Lap 80 and collected Johnson in the process.

Hamlin also got caught up in the melee and hit the side of Johnson’s No. 48 Chevrolet.

“After the first incident, it was just too hard to make up ground after that. We just had so much damage. To come back 19th is respectable,” Johnson said. “The other part is that we had to get off strategy because we lost two laps.

“So, the first two-thirds of the race, we were running old tires against the field a lot of the time trying to get laps back. It was just one of those nights.”

One thing that needs to get better, Johnson said, is qualifying. He started 30th Saturday night which put him in the back of the field, where problems are quick to develop.

“A better qualifying effort would have had us in a much better position,” he said. “I wouldn’t have been there when (Dillon) blew his tire and life would be totally different.

“I know the results are coming, it’s just a series of bad luck and it all started with a bad qualifying effort. We have to clean things up for sure. This team is really starting to gel and come along.”

Hamlin ended one Cinderella story in hopes of writing his own