Could Jimmie Johnson be next to end a long winless streak?

Kyle Larson ended a long winless streak in the NASCAR Cup Series on Sunday at Dover. Could Jimmie Johnson be next? 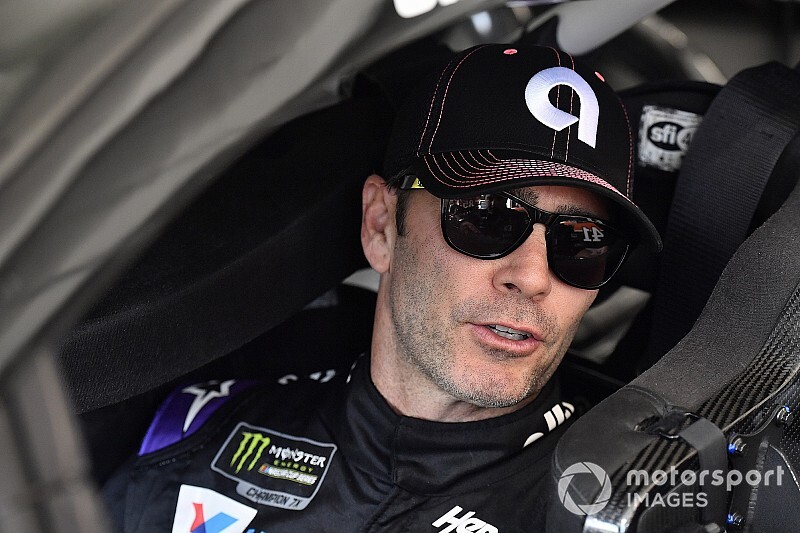 The signs are certainly there.

Johnson and his No. 48 Hendrick Motorsports team showed plenty of speed this past weekend at Dover, where he has won a NASCAR record 11 times.

He ended up finishing eighth, but it was his third consecutive top-10 finish, coming on the heels of a 10th at Richmond and ninth last weekend on the Charlotte Roval.

“I felt like we had a shot (at the win). When we were in clean air, our lap times were great. Just as everyone experienced, it was really tough to pass,” Johnson, 44, said. “We had a few things that set us back and lost track position throughout the day.

“But we had a really fast race car. We were able to pass some, which I don’t think many could pass at all. All in all, it was a good day. We ran better than eighth for most of it, but we just couldn’t finish higher.”

Sunday’s finish also marked the first Johnson has had three consecutive top-10 finishes since late in the 2016 season – which even dates back to before the start of his current career-worst 89-race winless streak.

While he agrees he and new crew chief Cliff Daniels have upped the performance of late, Johnson isn’t content on simply running well.

“I mean we’re here to win the race and that’s where my heart and mind is. Throughout the day, I felt like we did have pace at times to run for the lead if we could just cycle through all the pit stops to get there,” Johnson said. “Unfortunately, we had some things happen on pit road.

“I had to avoid cars coming out of stalls and it just set me back. Coming in 4th and coming out 9th, I think the way it all worked out with the pit box location, I lost positions during each pit stop. So, just really tough to recover from that.

“I’m disappointed, but in my heart, I know we’re going the right way.”

Johnson believes the next best opportunity to showcase the improvement he and Hendrick Motorsports have made will be at Kansas Speedway in two weeks.

“I think Kansas we’re really excited for and feel like we can control our own destiny. The high downforce tracks, the Hendrick cars have been more competitive,” he said. “I know we are all excited to get back to Kansas and build off of what we’ve had the last month or two.”