Is there still a need for a drivers council in NASCAR?

The future of the NASCAR Cup Series’ drivers council appears to be up in the air as the 2019 season gets underway. 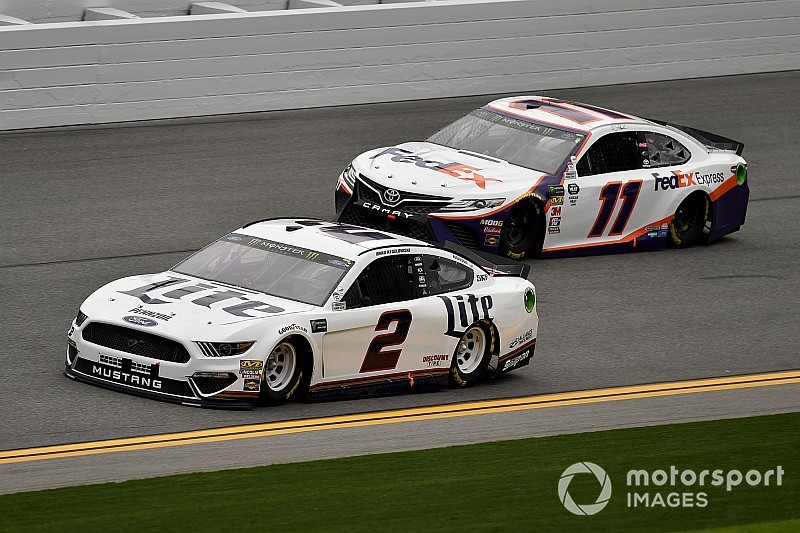 The council, formed in 2015, has typically included around 10 Cup series drivers and the group meets several times a year with NASCAR executives to discuss “big picture” issues affecting the sport.

During preseason meetings with drivers last month, NASCAR officials sought input about the direction of the council, whether it should continue or its structure changed in some fashion.

In an interview last month, seven-time Cup champion Jimmie Johnson said there was some debate whether drivers sitting together as a group was as or more effective than simply speaking with NASCAR executives face-to-face.

You don’t have to feel self-conscious about asking questions or bringing up ideas. Everyone is trying to work toward the greater good.

As of this week, no decision has been made on whether to continue the council this season, although most drivers who addressed the topic seemed to think it would be a worthwhile venture.

“I think there’s value to it. Driver feedback is very crucial to putting on good racing in my opinion,” driver Denny Hamlin said during Wednesday’s Daytona 500 Media Day. “I do think with the changing of the guard as far as management with (NASCAR Chairman) Jim France, you’re likely to see him listen to the drivers more so than what’s been in the past.

“Sometimes it kind of falls on deaf ears. Like, ‘Are they really going to make that change or is their mind already made up on it?’ Certainly you’ve seen and the owners have seen that changes are coming and changes have been made over the last year or so quicker than what has in the past.

“If there’s any time for a driver’s council, this would be the right time because you have the right people that are there to listen.”

Asked if he wanted to be on the council, Hamlin said he was fine either way.

“I think that there’s a good group of guys that always going to have the general interest of drivers in mind,” he said. “Certainly if I’m on it, that’s fine, but if not that’s okay, too, because I always communicate with those people that are on it if I’m not.”

Brad Keselowski, who was a member of last year’s council, said he didn’t want to speak for every driver in terms of whether there was a need for the council.

“I definitely think there’s a need,” he said. “As for a want, I would say probably not in the current way it is shaped.”

Ryan Blaney, who has been on the drivers council the past two seasons, says his experience with the group was “great.”

“We would meet with NASCAR probably three or four times a year at-track. We would have meetings on Fridays or Saturdays and it is just great to just sit there and be in a closed off group like that because there is no dumb question,” he said.

“You don’t have to feel self-conscious about asking questions or bringing up ideas. Everyone is trying to work toward the greater good. Whether that is rules changes, weekend schedules, fan packages, promotions, everything goes on in there.”

Even without the council, Blaney said he has never had a problem speaking to a NASCAR executive one-on-one or sending text messages to NASCAR President Steve Phelps or Steve O’Donnell, NASCAR’s executive vice president and chief racing development officer.

“They are very open and I think that has gotten better throughout the years,” he said. “It is all about communication to try to get things better.”

Austin Dillon looking for "magic" in another Daytona 500 win