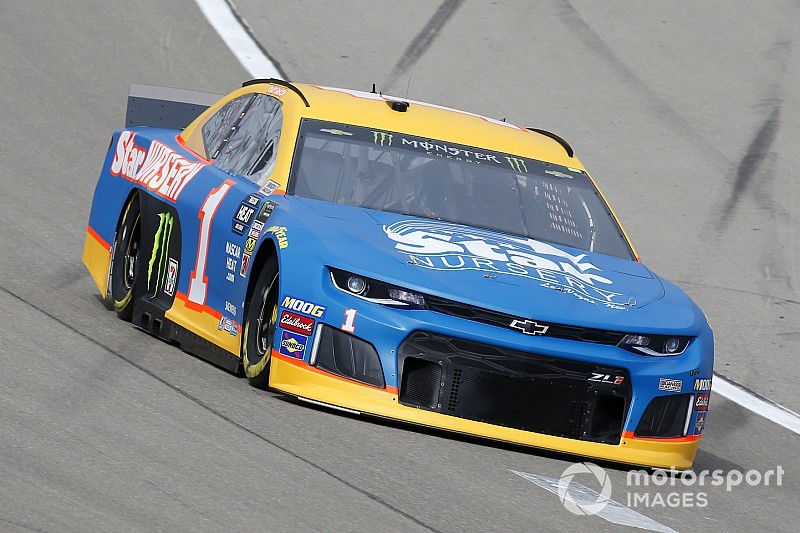 A change of scenery seems to have done wonders so far this season for Kurt Busch.

Busch used an excellent pit strategy to get track position at the start of Stage 3 of Sunday’s Pennzoil 400 at Las Vegas Motor Speedway and was able to turn that into his second consecutive top-five finish.

Through three races this season, Busch now has the top two finishes from Chip Ganassi Racing – his third last week at Atlanta and fifth this week. He is eighth in the NASCAR Cup Series standings.

Teammate Kyle Larson is sixth in the series standings but has finished seventh, 12th and 12th in the first three races.

“I’m really happy with two top fives to start the year. We are playing it smart,” Busch said after the race. “We haven’t had any penalties and we will just keep chipping away at it.

“So, good day for our Chevy, I think we might be top Chevy again.”

At the conclusion of the second stage, Busch’s crew chief, Matt McCall, elected to have Busch stay on the track since he made a late green-flag stop earlier in the stage.

Everyone else lined up behind Busch had four fresh tires and the thinking was he wouldn’t last long up front.

In fact, Busch led 23 of the first 24 laps after the restart and worked feverishly to remain there until he finally gave up the lead to Kevin Harvick on Lap 188.

“I thought we were going to eat him up much quicker than we did,” Logano said of Busch’s decision to remain out front.

Busch said although he got no stage points in Stage 2 for the strategy call, it positioned him to challenge for the win on Sunday.

“Yeah, we made one adjustment and I got really tight in traffic. And then our pit strategist was saying if we stay long on the second stage, then we can stay out. So, we worked that,” he said.

“I’ve got to get it to where it’s balanced evenly. But it gave us a lot to learn from today and I’m really proud of everybody to get a top five.”

Kyle Busch misses out on sweep: “I screwed up our day”