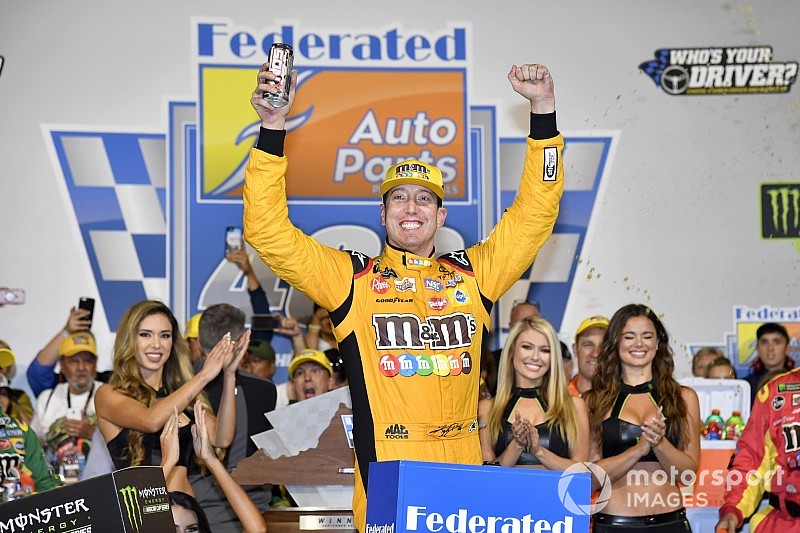 Kyle Busch and sponsor Mars Incorporated have agreed to a multi-year contract to remain with Joe Gibbs Racing.

As first reported by Motorsport.com last week, the much anticipated contract renewal between Joe Gibbs Racing and Kyle Busch was made official earlier this morning in a release from JGR and longtime sponsor Mars Inc.

The relationship between the two has proven to be one of the longest and most successful in the sport. Busch has won 40 cup races with M&M’s on the car and together won the 2015 NASCAR Cup Series championship.

The 33-year-old joined the organization just prior to the 2008 season and 47 of his 51 career Cup wins have come with the team.

“This relationship started over a decade ago and we have experienced more success than any of us ever thought possible,” said William Clements, Global Vice President, Sponsorship & Community Events, Mars, Incorporated. “Partnering with Joe Gibbs Racing and Kyle Busch provides us with a unique opportunity to elevate our brands by aligning ourselves with a world-class sport, racing team partner and driver, as well as the most dedicated fans in all of professional sports.”

Busch, who finished fourth in the 2018 Cup Series standings after winning eight races, was "proud and honored" to continue with JGR.

“I’m proud and honored to continue to compete for Joe Gibbs Racing and Mars,” he said. “Racing for more than a decade with such an iconic team and sponsor has been incredible, and knowing that we can continue this winning relationship is very special.”

For team owner Joe Gibbs, the extension of one of the longest relationships between a team and sponsor is important to him and his organization.

“Since the start of our partnership together in 2008, our relationship has been strong,” said Joe Gibbs, owner of Joe Gibbs Racing. “As a team owner, the hope is to find partners and drivers that help us grow as an organization, and Kyle Busch and Mars, Incorporated have done exactly that. We have one of the longest partnerships in all of sports, and that really speaks to the strength of the understanding and respect we have for one another.”