Kyle Busch looking for a return to form at Phoenix 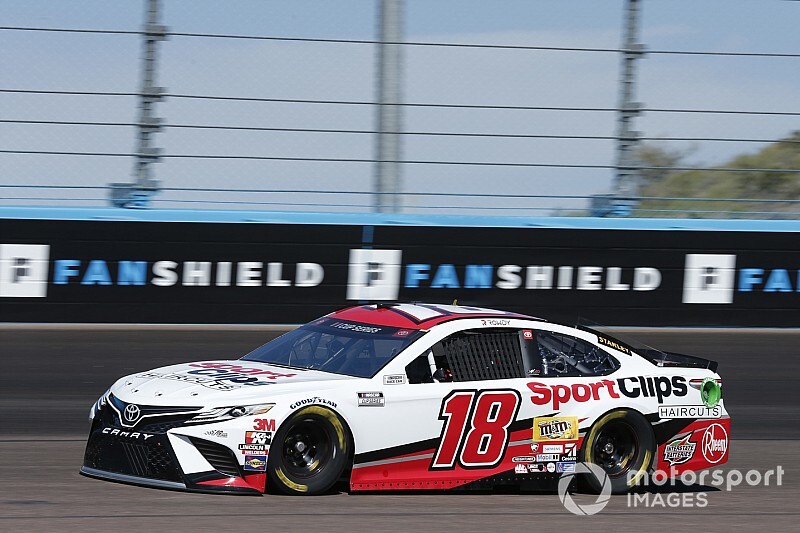 Can Phoenix Raceway be the track that helps bring Kyle Busch back into championship form?

While Busch doesn’t have an abundance of wins at Phoenix (three in the Cup Series), he has been remarkably strong at the 1-mile track of late, finishing first or second in the last four races.

After a rough start to the season, the reigning Cup series champion finds himself mired 19th in the series standings and still looking for his first win. Uncharacteristically, he’s led just 14 laps so far this season.

A runner-up finish last weekend at California helped turned the tide, but his No. 18 Joe Gibbs Racing Toyota still lacked race-winning speed – an issue he knows his team is working to correct.

“I appreciate all the hard work. We just have to get a little bit better,” Busch, 34, said. “We finished the end of last year so strong, I don’t know what we’re missing here.

This is unfamiliar territory for Busch. Outside of 2015 when he missed nearly a third of the season due to injury, this is the lowest Busch has been in the series standings after three races since his 2005 rookie season.

The signs so far at Phoenix are good.

Busch was second-fastest in Friday’s final practice and qualified 10th for Sunday’s Fan Shield 500. He’s been hit-or-miss in qualifying thus far this year, winning the pole at Las Vegas but starting 17th or worse in the other two races.

Sunday’s race is the first of nine this year in which NASCAR reverted back to a low downforce rules package, which also prompted Goodyear to change its tire selection for the weekend.

Many teams have had difficulty adjusting to the new combination but have extra incentive to do so – Phoenix will also host the series’ championship race this year in November.

“There’s nothing I’m going to do to enhance the racing besides drive my car and give it the best I can do and have a good run with it. Hopefully, we’ll be able to win,” Busch said. “We’ll do the best thing for us, setting ourselves up for when we come back here in the fall and hopefully have a chance to race for a championship.

“You have to get here first. This race means everything for everyone in the garage because this time everyone right now has a shot. In our reality, there’s only going to be four guys that come back here that have a shot. Hopefully, we’re one of those four.”

Asked how the tire falloff had affected his team so far this weekend, Busch said: “If you have 10, 12 laps on your tires and somebody comes in and pits, I think depending on how that guy restarts, he’s going to be able to pass guys.

“I had five lap fresher tires than a couple of guys (Friday) in practice and I was able to catch them and pass them. Positive so far.

Points leader Ryan Blaney out after early crash at Phoenix