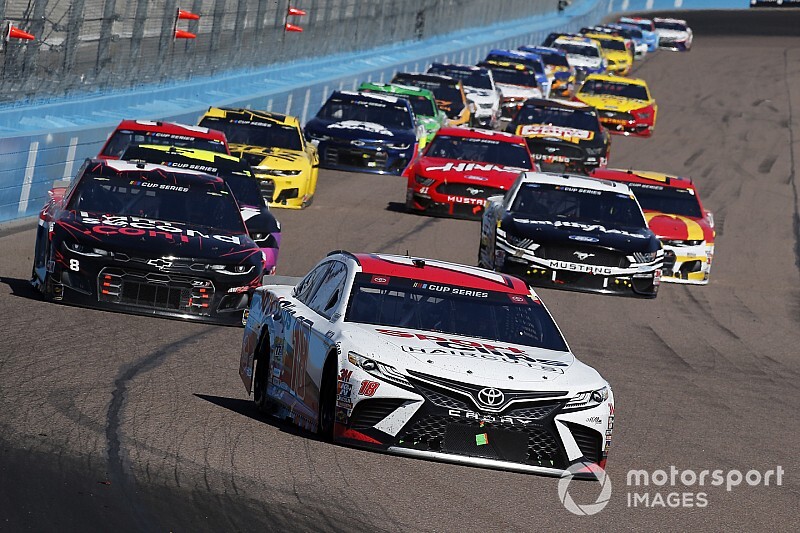 After a slow start to the season, Kyle Busch has rebounded with a pair of top-three finishes but that’s not nearly good enough for the reigning NASCAR Cup Series champion, especially at Phoenix Raceway.

Busch dropped to 27th in the series standings after the season’s first two races but has rallied back with finishes of second and third in the last two.

While his results have improved, Busch’s No. 18 Joe Gibbs Racing team has not shown race-winning speed on a regular basis, which was key to his winning his second series title in 2019.

In fact, Busch has led just 14 laps this season and none in the past three races. At this point one year ago, Busch had a victory and had led 227 of a possible 1,111 laps.

Sunday’s race was also important because it gave a hint of how this season’s championship race may play out as 2020 is Phoenix’s first year hosting the title races in all three NASCAR national series.

“We unloaded and we weren’t very good. I didn’t think, I wasn’t too optimistic for the race and rightfully so. I think we probably had a sixth or seventh-place car, but we had a lot of strategy there at the end with tires and all that sort of stuff – good restarts and being able to make time up on the bottom,” Busch said after Sunday’s race.

“Once you get that close to the front, you can’t make up that time anymore so that’s kind of where we lost our ground there. It’s good to come home third. We need to come back here with a better piece.”

Still not a winning car

While Busch was competitive in the race – and even worked his way into the top-five on a pair of late-race restarts, he never felt he could challenge for win. At least not yet.

“I wouldn’t say we had a shot, we never had fire-off speed. We were really slow to fire-off and later in the going we were getting better with longevity, but still we were a ways off,” he said. “I felt like that when we unloaded and we made some ground on it and got it a heck of a lot better, but just couldn’t get it where we needed it there throughout the race.

“Good for us with that effort. We need some points right now. We have to climb the ladder back and get back where we need to be.”

Sunday’s race also marked the returned to an aero rules package for shorter tracks and road courses that was similar to what was utilized in the 2018 season.

The new package, plus a new tire combination from Goodyear to go with it, presented its own set of challenges for every team.

Busch said there were “certainly some positives” with the rules change.

Asked if he learned anything he could put to use in the championship race in the fall should he be contending for a third series title, Busch didn’t mince words:

“I don’t know. Learned that we have to be a hell of a lot better than we were."

NASCAR should get the Cup Series championship race it needs

Ryan Newman talks 500 crash: "I was knocked out"