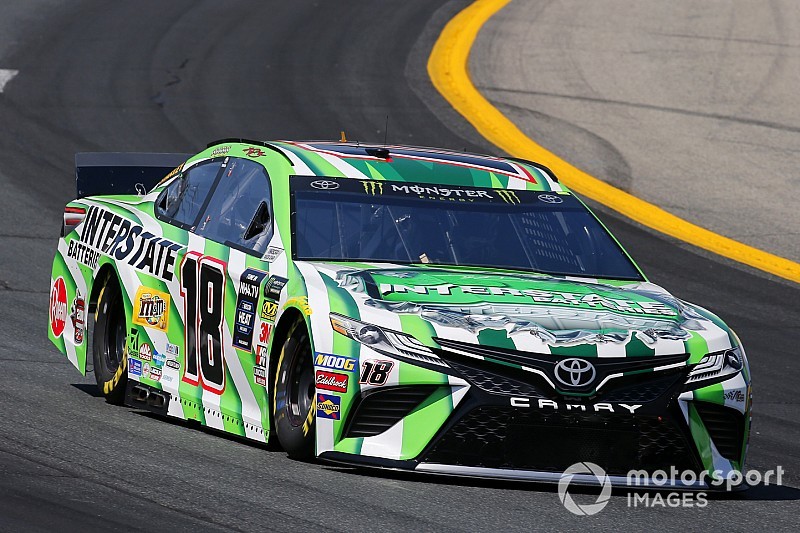 Busch went from fourth to first on a restart on Lap 50 of 75 and cruised to his seventh stage win of the 2019 NASCAR Cup Series season.

Keselowski started on the pole, but Kyle Busch wasted no time getting past him to take the lead on Lap 1.

After 10 laps, Kyle Busch had opened up a 1-second lead over Keselowski. Jones was third, Truex fourth and Blaney fifth.

With 45 laps remaining in the first stage, Martin Truex Jr. got around Jones to move into the third position as Keselowski continued to close in on the race leader.

On Lap 36, Keselowski was able to get by Kyle Busch only to see Busch almost immediately grab the top spot right back. On Lap 37, Keselowski again cleared Busch for the lead and was able to put some distance on him.

Truex made his way around Busch and into the second position with 35 laps to go in the stage. Keselowski continued to maintain a small advantage.

On Lap 45, Austin Dillon hit the wall in Turn 4 after having a right-front tire go down which brought out the first caution of the race.

All of the lead-lap cars elected to pit with Jones the first off pit road thanks to a two-tire pit stop. On the restart on Lap 50, Jones was followed by Ricky Stenhouse Jr. and Keselowski.

Alex Bowman had to restart the race from the rear of the field after he was penalized for speeding on pit road.

With four new tires, Kyle Busch powered from fourth back into the lead shortly after the restart.

With 15 laps remaining in the stage, Busch had opened up a nearly 2-second lead on Jones while Almirola had moved up to third.

Kyle Larson elected to pit just before the end of the stage for tires due to a loose wheel.

With two laps to go in the stage, Busch maintained a more than 2-second lead over Jones.

Five drivers had to start the race from the rear of the field and all for moving to backup cars – Ryan Newman, Denny Hamlin, William Byron, Larson and Bowman.

Almirola holds off Logano for Stage 2 win at New Hampshire