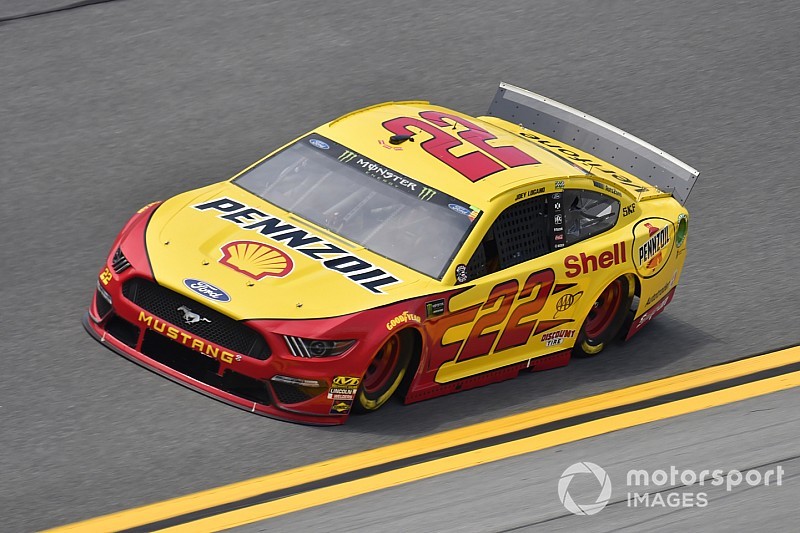 On Lap 50, Logano got a push from Ricky Stenhouse Jr. to get around Harvick in Turn 3 and held off Stenhouse for the stage victory.

Logano, who started on the pole, led the first lap but Kyle Busch, with help from Denny Hamlin, took over the top spot on Lap 2.

On Lap 3, Logano went back out front with a push from Harvick as Kyle Busch dropped to third.

On Lap 14, Kurt Busch moved into the top-five for the first time in the race as Logano continued to pace the field.

After 30 laps, Logano continued to hold Harvick at bay with Keselowski in third, Blaney in fourth and Kyle Busch in fifth.

On Lap 37, most of the lead-lap cars elected to pit under green. The remainder followed on Lap 38. Kyle Busch and Hamlin appeared to make contact on pit road and Aric Almirola did not fully get into his pit box.

After the cycle of stops was completed on Lap 39, Harvick emerged as the leader followed by Logano and Daniel Suarez.

With five laps remaining in the first stage, Harvick held a small lead over Logano. Suarez was third, Keselowski fourth and Stenhouse fifth – as Fords held the top-six positions.

Seven drivers had to start the race from the rear of the field – William Byron (going to a backup car) and Kyle Larson, Justin Haley, Joey Gase, Brendan Gaughan, Matt DiBenedetto and B.J. McLeod all for unapproved adjustments.