Welcome to the latest edition of the NASCAR Mailbag where we discuss Kyle Busch's JGR contract, Chase Elliott's start violation at Phoenix and more. 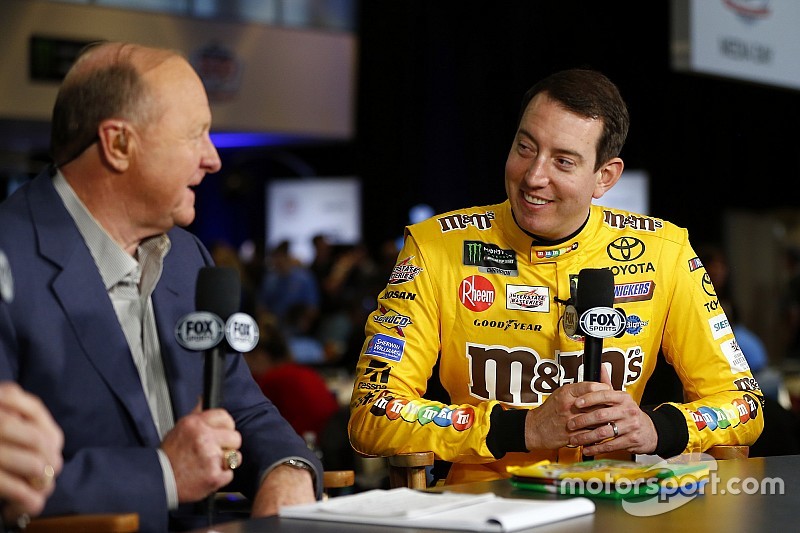 Do you think this will be Kyle Busch's last NASCAR contract? - From Zach

Zach, I seriously doubt this will be his final contract but I’ve worked in this business long enough to know you never say never. He’s still young and has stated as recently as this past weekend at ISM Raceway that he might as well go after 100 Cup Series wins so Who knows. I honestly think he’ll be around at least 10 more seasons. - Tim Southers

Why are the Chevrolet's so far behind the Ford's and Toyota's in speed and handling, they show a little speed but they cannot keep up a sustained run with the speed and handling to stay up front with the other two automakers. - From James

Thanks for the question James. I’m sure if I had the answers for the woes for the Chevrolet Camaro I could name my price and go to work for a Chevrolet team. While it’s been well documented that the Chevrolet teams of Hendrick Motorsports and Richard Childress Racing haven’t performed as good as they would like, Chip Ganassi Racing has enjoyed some strong finishes this season and could very well win the race this weekend at Auto Club Speedway. - Tim Southers

Why does NASCAR allow cup drivers to compete in Xfinity and Truck races,  if I became a doctor I wouldn't want to go back to being an intern, please explain why mainly Kyle Busch runs in all series? We pay our hard earned money to see up and coming drivers not cup drivers going backward, a few weeks ago Kyle won the race and the tenth place driver got points for that place and not ninth, where he should have being that cup drivers get no points,  please explain , thanks - From Bobby

Bobby, NASCAR instituted a rule last season limiting the participation of any driver not registered for that series. In essence Kyle Busch - and other driver as well with five years experience in the Cup Series- is limited to only running in just seven Xfinity Series and five Truck Series events. Any Cup driver, regardless of experience, is not allowed to compete during the playoffs for Xfinity or Truck Series. Many of the teams are able to put sponsor packages together to be able to help fund their Xfinity and Truck programs by having drivers like Busch participate in limited events. - Tim Southers

Why is it that Chase Elliott gets a penalty and Kyle Busch does not when he jumps the line on every restart??? - From Fred

Fred, there is a difference from the beginning of a race and a restart. Per NASCAR rule 10.5.5 Race Start/Restart/Green Flag Section C - At the initial start of the race, the number two starting position must not beat the number one starting position to the start/finish line. The starter of the race also controls the start with the green flag on initial starts. Elliott’s infraction came at the start of the race and that is why he was penalized. - Tim Southers