Ryan Blaney: "Nothing is coming together right now" 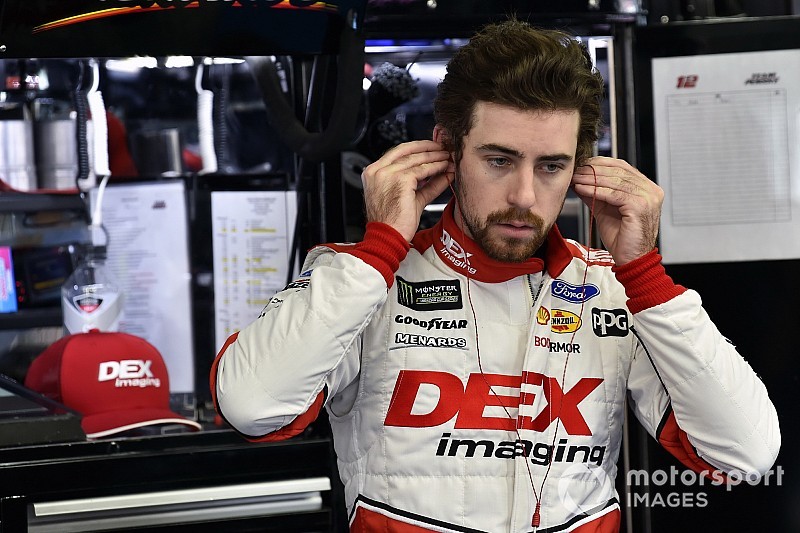 It’s not that Ryan Blaney has had a bad season, but it has become increasingly frustrating for the Team Penske driver when compared to its potential.

Blaney’s No. 12 Ford team has shown just as much speed and capability to win races as his teammates Joey Logano and Brad Keselowski, who have combined to win four races in the Monster Energy NASCAR Cup Series this season.

Blaney remains winless this year and is ranked ninth in the series standings, solidly in the playoff picture. But his season has been filled with many ‘what ifs.’

He’s led a lot of laps at races like Phoenix and Bristol but has been unable to translate that into victories. He’s also been very hit-or-miss – he has four finishes of fifth or better but also four finishes of 25th or worse.

Asked Friday at Pocono Raceway if he was feeling pressure to win, Blaney demurred and insisted his focus lies elsewhere at the moment.

“I just worry about not having problems at the race. We’ve had so many weeks where we’ve had problems throughout the race and promising runs just go down the drain,” he said. “We’ve got to fix some issues and try to clean up some things.

“The wins will come if you clean up that side of it. The speed is there and the team potential is there, it’s just a matter of kind of sorting some things out that we need to and just having some smooth races.

“Nothing is coming together right now. We’ve got most of it, but the last little quarter is just not working.”

Blaney admitted some of the issues have caused him to get upset of his team radio during races – more out of frustration than anger.

“Honestly, you try to forget about it the best you can,” he said. “Right away you have to reload and reset and when something wrong does happen you just have to say, ‘OK, there’s nothing I can do about it now, at least not in the current moment, so let’s just try to figure out how to get better.’

“You just learn that everyone makes mistakes and things happen and that’s just our sport. I make mistakes. I hit the fence sometimes, so things just happen. You can’t really let it bug you too much.”

Blaney said he, crew chief Jeremy Bullins and other officials at Team Penske had several discussions in the past week in an effort to focus how the team can improve its overall performance on race day.

“We’ve had a bunch of talks this week just about personal stuff and trying to figure out how to be better behind the wheel and be a better leader. All of that stuff will hopefully come together,” he said

“You’re constantly working on it, but it’s kind of a priority of mine because the last month or so it hasn’t been to my liking just personally. It’s not anyone on the team, but just personally and that’s something I’ve tried to get better at and hopefully we’ve got to make strides.”