Rubens Barrichello may not have raced a top-level single-seater in seven years, but he says he's not heading to Australia to merely to make up the numbers in S5000.

The 11-time grand prix winner will return to his open-wheeler roots in Australia next week, signing a one-off deal to race in the V8-powered S5000 series.

It will be his first serious open-wheeler outing since his sole IndyCar season back in 2012, his more recent focus having been on Brazil's Stock Car championship.

While admitting it may take a few laps to re-adjust to a formula car, Barrichello says he was buoyed by a recent run in a Brawn Formula 1 car at Goodwood, which he described as like riding a bike.

"I haven’t driven [an open-wheeler] for seven years, so it’s obviously going to take some laps then to get used to it," he said.

"I drove the Brawn at Goodwood and it felt like [riding] a bicycle, but you never know. I mean, it’s going to take me some laps for me to get used to it.

"I drove go-karts this week a lot, because I want to be prepared.

"The Stock Car is not difficult, it’s just that it’s so hot, so for me it’s going to be a test in many respects."

As the headline act for the first-ever S5000 race, the ex-Ferrari star will be the prized scalp for homegrown talent like Will Brown, John Martin and Tim Macrow.

But Barrichello says he never had second thoughts about putting his reputation on the line, deciding in favour of the trek to Australia within "two minutes" of taking the phone call.

He also says he's not making the long flight for giggles, with hopes of being a front-runner.

"You know, at age 47, winning races in the Stock Car like I’m doing, I’ve got to be happy with my performance and in myself," he said.

"I think life is about exceeding expectations and I’m very hard on myself in what I want to achieve.

"So I’m definitely not taking the flight to Australia just for the sake of doing something; I want to do it well and I hope that even at age 47, I’m still more competitive than anyone else.

"I expect to go there and be competitive, but honestly, I don’t know what to expect, so I’m open-minded.

"For sure there is a lot of very young, talented boys there wanting to beat Rubens Barrichello. I’m just down there to have fun and do my very best.

The Sandown S5000 races can streamed live and free from anywhere in the world through Motorsport.TV. 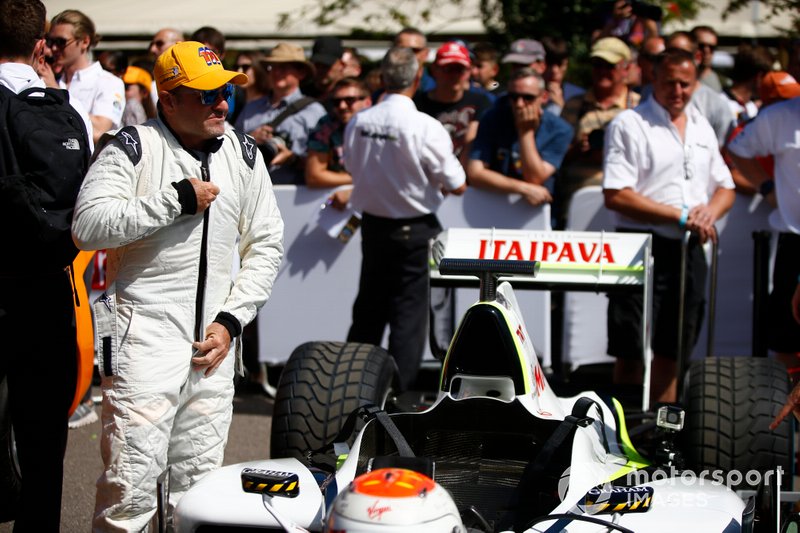