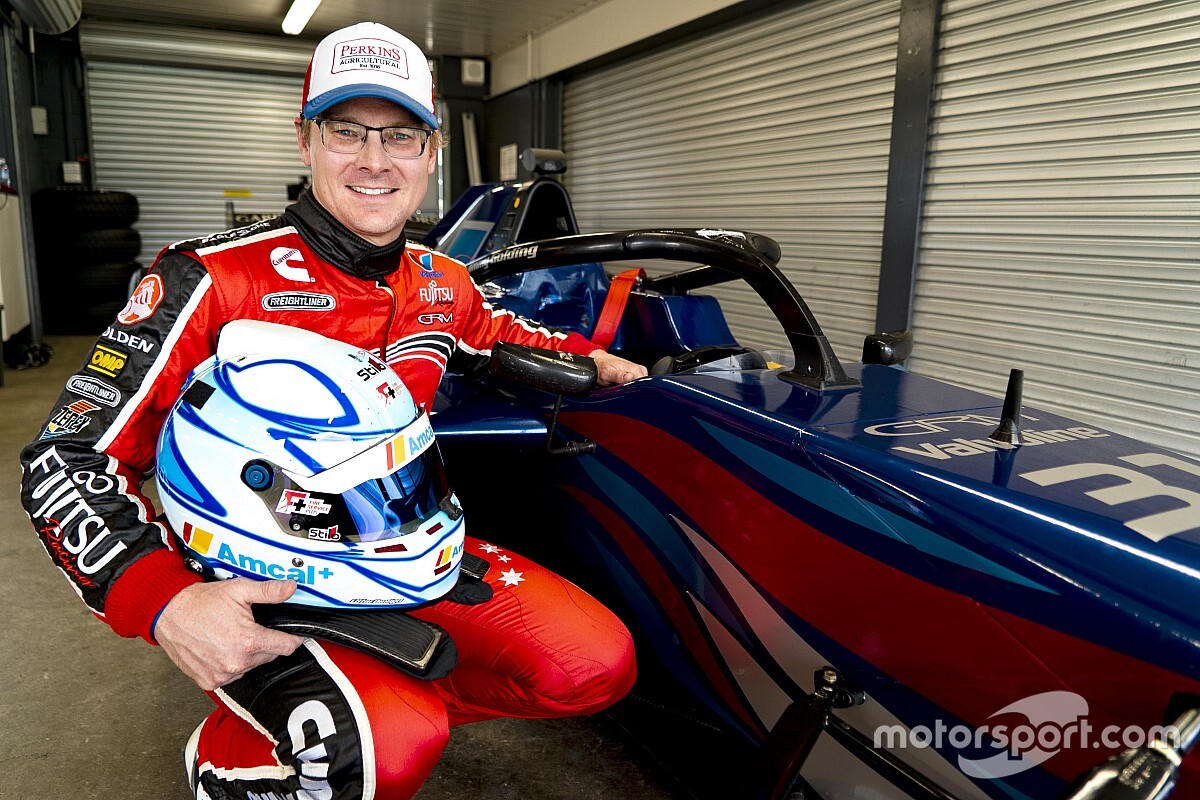 Perkins was a surprise addition to the line-up for today's rookie test, the former Garry Rogers Motorsport Supercars driver reuniting with the squad for 10 laps in one of its V8-powered open-wheelers.

It was his first go in an S5000 and his first single-seater laps since he drove an F4 car in Malaysia several years back.

"It was an incredible experience,” said Perkins.

“Thanks to Garry and Barry Rogers who invited me down. I dragged out an old GRM race suit for the occasion, and it was great to be racing again post COVID-19.

“The car itself was fantastic to drive. The engine power and delivery was better than I expected, it had a lot more power than I thought it would but even the steering and the brake feel of the car [exceeded expectations].

"It’s a testament to everyone at GRM who have done a fantastic job putting all these cars together. I’m going to have to ask Garry and Barry if I can have another drive because I really enjoyed that one and I want to go faster next time.”

Perkins will be a regular pit reporter for the Channel 7 TV coverage of the 2020 S5000 season when it finally kicks off in August.

He was also locked in to drive alongside Will Davison for the Supercars enduros, however Davison's exit from Tickford Racing during the coronavirus break has cast some doubt over those plans.

Perkins could well still form part of the team's plans for the Bathurst 1000, now all but confirmed as the only enduro that will go ahead, particularly if Alex Premat is unable to travel to Australia from the United States.