Bottas was driving a previous-generation Citroen DS3 World Rally Car, and started his second attempt at the snow and ice rally auspiciously by posting the second-fastest time on Friday's second stage.

But he then dropped more than three and a half minutes on the final stage of the opening day when he went off on the second pass at the short 2.17-mile Mantyvaara test, on which he recorded his first stage win last year, which dropped him to 22nd in the overall classification.

The PH Sport crew running Bottas's entry repaired damage to the DS3 overnight, and Bottas enjoyed a cleaner second day - placing in the top 10 on each of Saturday's five stages, and recovering to record a top-10 finish for a second year in a row. 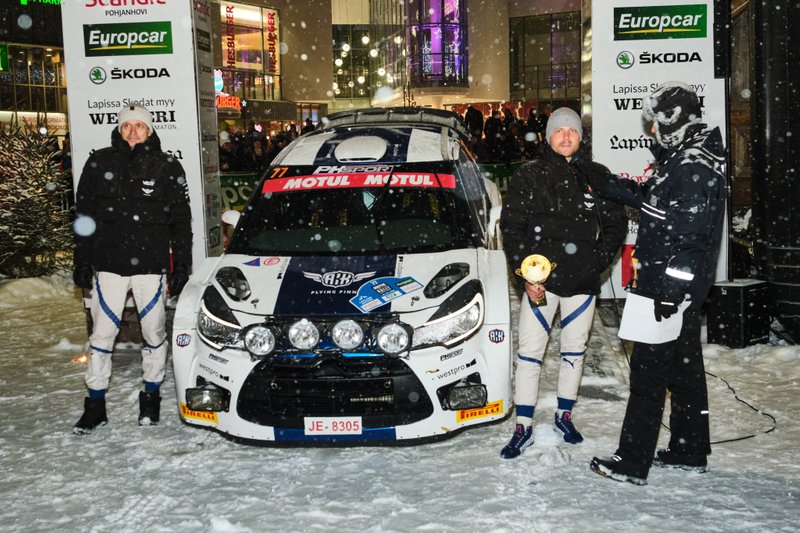 Rovanpera, who has joined Toyota's WRC stable alongside Sebastien Ogier and Elfyn Evans for 2020, drove a Toyota Yaris WRC in the same LK6 class as Bottas.

The teenager won eight of the rally's 10 stages, and ended up 3m27.6 seconds clear of his nearest rival Teemu Asunmaa, who like the majority of the top 10 was competing in Skoda Fabia R5 machinery.

Rovanpera's nearest challenger had been occasional WRC2 entrant Emil Lindholm, but he lost more than two minutes on the final stage and ended up fourth.