Cassidy: "No one expects me" to beat Yamamoto to title 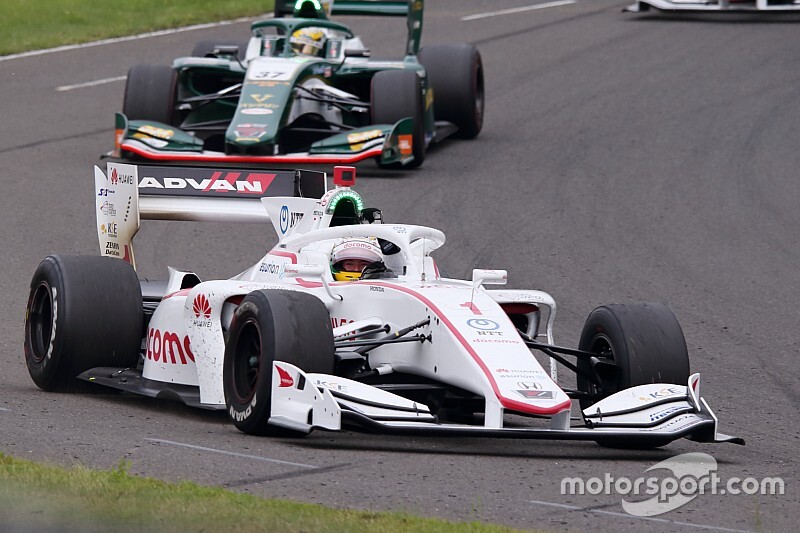 TOM’S driver Nick Cassidy says “no one is expecting me” to defeat Naoki Yamamoto and claim the 2019 Super Formula title, despite the Kiwi seizing the championship lead at Motegi.

Cassidy moved one point clear of Yamamoto after back-to-back podium finishes at Fuji and Motegi, aided by the defending champion’s run of two non-points finishes.

However, Cassidy believes Yamamoto is still the favourite for this year’s crown heading into this weekend's penultimate round at Okayama, citing the power advantage the Dandelion driver’s Honda engine carries over his Toyota motor.

“I wouldn’t say I’m afraid,” Cassidy told Motorsport.com when asked if he feared a repeat of the title slipping away at the bonus-points finale at Suzuka next month.

“I’ve had an amazing year last year in Super Formula. This year has been just as good. I think I’ve even been stronger, considering the circumstances.

“I’m not really worried about the title because everybody knows the big difference between Honda and Toyota this year. And so to be honest, no one is expecting me to get the title. And you can see that by Honda’s performance.”

Yamamoto started the season with a pair of second-place finishes and a victory at Fuji to move nine points clear at the top of the table, before two trying outings dropped him behind Cassidy in the standings.

He suffered a similar slide in results during the middle of last year, but Cassidy refuses to believe the 31-year-old has hit a mid-season slump - and expects him to bounce back.

“I don’t think he has hit a slump,” Cassidy said. “Naoki’s very good but we just know that Honda is very strong at Suzuka and some other circuits.

“So yeah I think his performance is very similar to last year. I wouldn’t say he is in a slump and I expect that at the final round at Suzuka, he’ll come back.

“In reality if you look at the points situation between us last year, I actually scored more podiums [than Yamamoto]. Just because the final round at Suzuka is worth more points and we have two rounds at Suzuka, that really hurt me last year.

“And so it’s a similar thing this year where the winner of the final race automatically ends up in a strong position in the championship because that one race is worth more points.”