Cassidy opened his title defence - and his final campaign in the Japanese series - with a sixth-place finish, making up five spots from his grid slot of 11th.

However, after the New Zealander concluded the opening lap 10th, his remaining gains came from cars ahead hitting trouble, as he got bottled up in a pack of cars led by the struggling Yuhi Sekiguchi while the top four escaped at the front of the field.

Sekiguchi was eliminated after contact with Nirei Fukuzumi gave him a puncture and caused him to spin out, while Yuji Kunimoto had to pit with a front wing problem and Naoki Yamamoto and Kamui Kobayashi were also both delayed by contact.

"It was the most boring race of my life," Cassidy told Motorsport.com post-race. "When I cleared that group [led by Sekiguchi], I was going 1.5 seconds a lap faster.

"My pace was better than the leaders, the only person faster than me at that point was Fukuzumi. So we were both hunting down the top four.

"Actually the first part of the race, having to chill out and wait for things to happen, it just killed us. But it is to be expected when you qualify 11th."

Cassidy was able to make some overtakes on the first lap, albeit after dropping positions in Turn 1, but he couldn't make any progress beyond that in a race that was notable for its small number of genuine on-track overtakes.

It followed pre-race warnings from some drivers that axing the mandatory pitstop for 2020 risked turning the Motegi race into a procession. 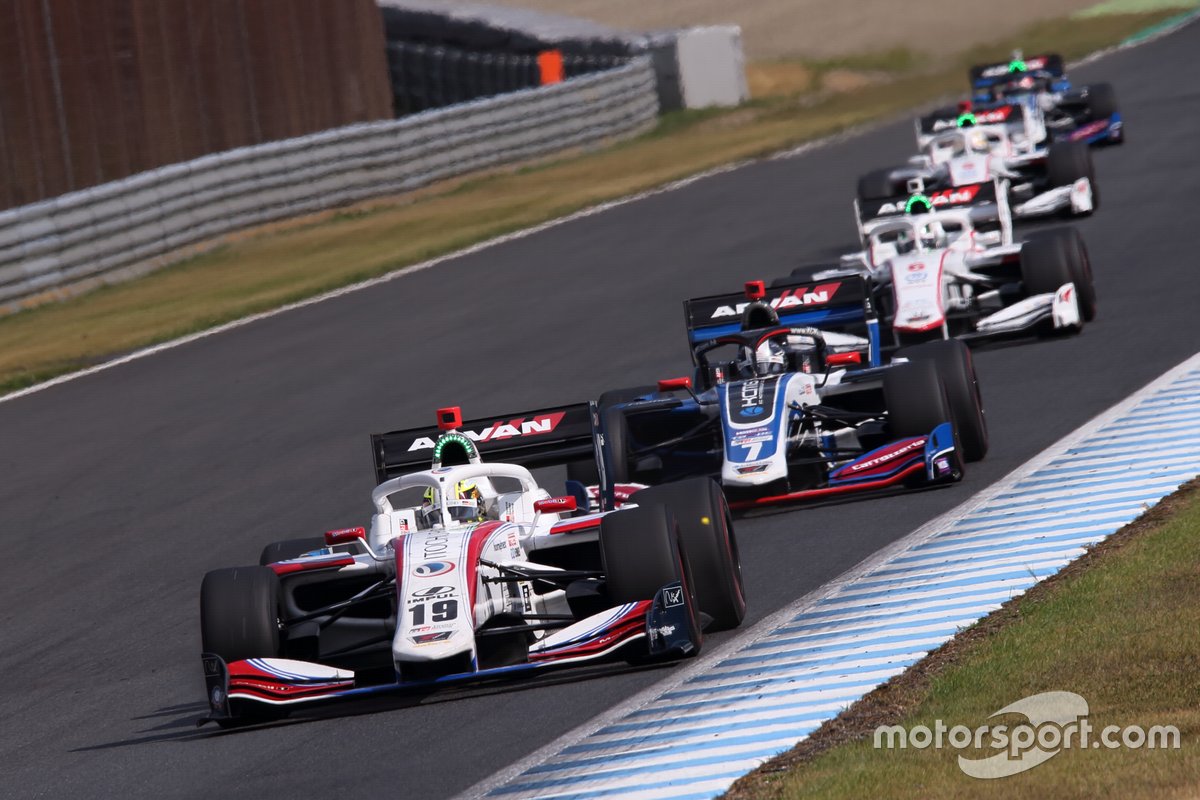 "I had a really bad start, I was maybe 14th or 15th after Turn 1," recalled Cassidy. "Then I made everything up at Turn 3 and Turn 5, the high-speed chicane as well.

"I'm kicking myself a bit because I was too cautious into Turn 1, but the rest of the first lap was really good. But I don’t think it changed the result too much in the end.

"I didn’t even bother [trying to pass], I thought I’d wait for the last 10 laps and in the end the group sorted themselves out. Then I could push.

"At the end my tyres were ok, on the last lap I did my personal best lap of the race by 0.8s."

Cassidy warned that TOM'S has work ahead to get on level terms with the Impul and Kondo Racing teams when the season continues at Okayama next month.

"My [qualifying] lap was really good, we’re just way behind on the car right now," said Cassidy. "It was a step forward from Friday and Saturday. We got better but it wasn’t enough.

"If we went to Okayama now, it would be the same situation. So we need to work, we need new parts, make some investments and try and make the car better."

Calderon satisfied to hold off Yamamoto in last-lap battle