Alex Palou says he has no definite answer as to how his Super Formula title bid unravelled in the title decider, the Spaniard slipping from first to last in a topsy-turvy race at Suzuka on Sunday.

Palou placed himself in a championship-winning position by getting the holeshot from pole, and lost only a single position in the opening stint despite running on the slower medium tyre.

However, the Nakajima Racing driver struggled for pace after bolting on a set of softs, and after losing several positions he made an additional pitstop that dropped him to the rear of the field.

The 22-year-old was eventually classified 19th at the flag, only ahead of B-Max driver Harrison Newey, who ran out of fuel on the final lap.

Palou says his team will have to dig deep to find answers about its lack of pace, but revealed that signs of something being “broken” on the car were apparent as early as his first stint.

“Last two laps in medium tyres I started losing like one, one second and a half,” Palou told Motorsport.com. “Didn’t know why.

“And then on softs as soon I pushed I knew the grip was not there. So yeah don’t really know what happened today but for sure something was not in our side.

“Yeah, I don’t know to be honest. I’ll have to look. Something that was broken just doing medium tyres or it was setup, I don’t know.”

He added: “My first [guess] was tyre temperature but then I could see it was not. So for sure something, we don’t know broken but something bad. We have to analyse, that moment I don’t know.” 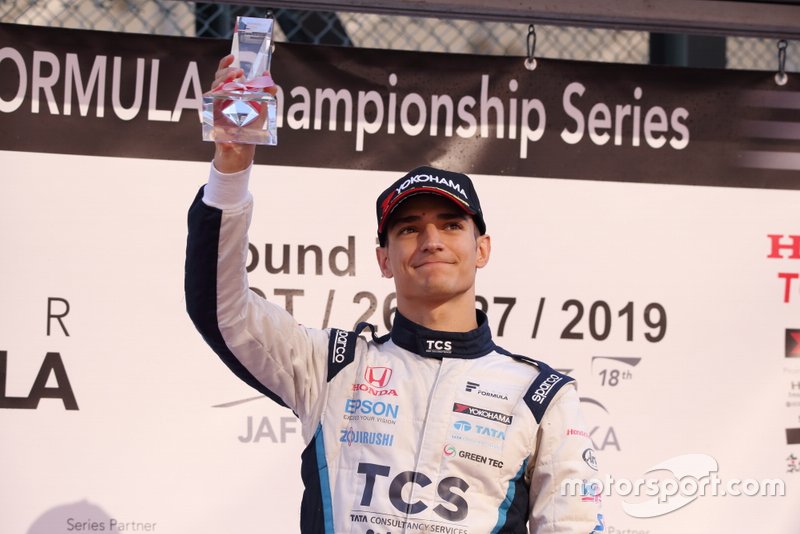 Despite his defeat, Palou says he can be “proud” of his campaign in Super Formula, having finished as the top rookie and led a rejuvenated Nakajima Racing squad to third in the teams’ standings.

He also scored three pole positions this year, the highest of any driver, in addition to a lights-to-flag victory in treacherous wet conditions at Fuji.

“So now I’m really a little bit depressed but I think after five minutes I’ll be alright,” he said. “Happy with the year, we did three poles, rookie of the year, third in the championship.

“We were really quick right away. So I’m looking really strong, really happy with the result. Hopefully next year we can win it."

“But I was really hungry and I was really confident to win this championship. Not that I think we were champions, but I was committed to do what it takes. And I think just we missed it today.

"It is what it is. It is racing. Sometimes it is on our side, sometimes it is not. Let’s take all this work we did this year and take it forward for the next one.”

Ericsson on Palou clash: “Nothing wrong with that move”