After another poor weekend at Sugo, reigning Super Formula champion Naoki Yamamoto is staring down the barrel of one of the worst title defences in the series’ recent history.

Yamamoto's ‘homecoming’ with Nakajima Racing hadn’t gone according to plan in the opening three races of the campaign, but Sugo marked the three-time title winner’s least convincing weekend of the year so far.

After finishing out of the points 12th and nearly 30 seconds adrift of the win, nobody would have blamed Yamamoto for wondering whether his off-season move away from Dandelion Racing – which won the race with Nirei Fukuzumi – was really the right thing to do.

In his post-race debrief with reporters at Sugo, Yamamoto struck a deflated tone, clearly knowing that any hopes of retaining his crown are now surely over: with only three races to go, he’s a massive 42 points down on series leader Tomoki Nojiri.

But worse than his position in the standings is Yamamoto’s sheer lack of competitiveness. After such a poor showing at Sugo, he seems further away from achieving the kind of results needed to turn the tide than he was at the start of the season. 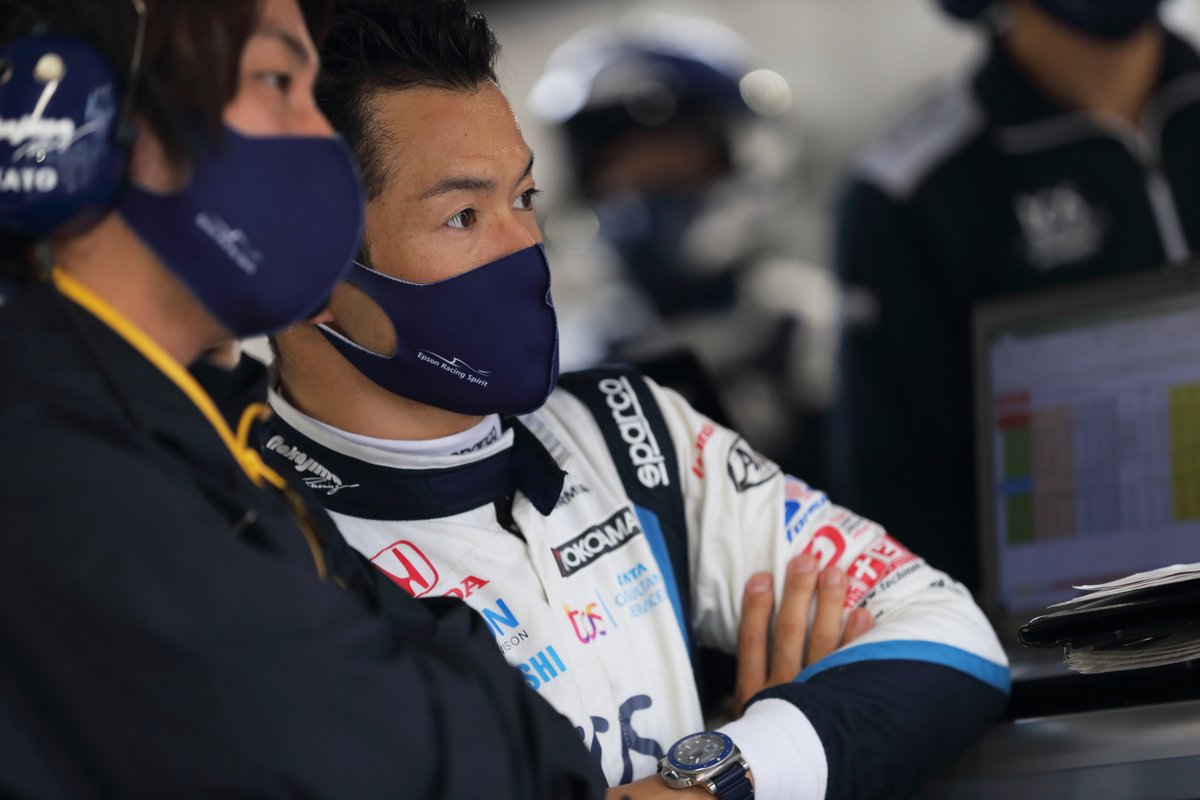 Prior to the weekend, there was at least some cause for optimism. At Autopolis, Yamamoto had reported improvement with the feeling of his car in the wet and expressed some hopefulness of being able to fight at Sugo, where he won in both 2018 and ’19 and finished on the podium last year.

And yet, come qualifying, despite having an ‘easier’ qualifying group, he was eliminated in Q2 with the slowest time in that segment, beaten even by KCMG rookie Kazuto Kotaka. That left him 12th on the grid, with Sho Tsuboi and Nobuharu Matsushita being demoted to the seventh row for causing a red flag in the other Q2 group.

There was some brief respite for Yamamoto as a strong start allowed him to complete the first lap in eighth. But once the race settled into a rhythm he couldn’t make any impression on Giuliano Alesi ahead, and on lap 14 of 53 he instead fell prey to the recovering Nojiri.

Yamamoto left it until lap 23 to make his pitstop, and was undercut by Nobuharu Matsushita, Hiroki Otsu and Impul substitute Mitsunori Takaboshi, who was only in his second Super Formula race. That put him back to 12th, where he finished. And it wasn’t just a bad strategy to blame, as Yamamoto only set the 14th-fastest lap in the race.

Just to rub more salt in the wounds, Yamamoto’s teammate Toshiki Oyu (only in his second season of Super Formula, let’s not forget) finished second behind Fukuzumi and may well have challenged for victory had he not suffered an agonisingly slow pitstop.

This was the first race of the year in which Yamamoto failed to score points. In fact, his results have been getting progressively worse, the 32-year-old having finished sixth in the Fuji opener, before slipping to eighth at Suzuka and finishing ninth at Autopolis. 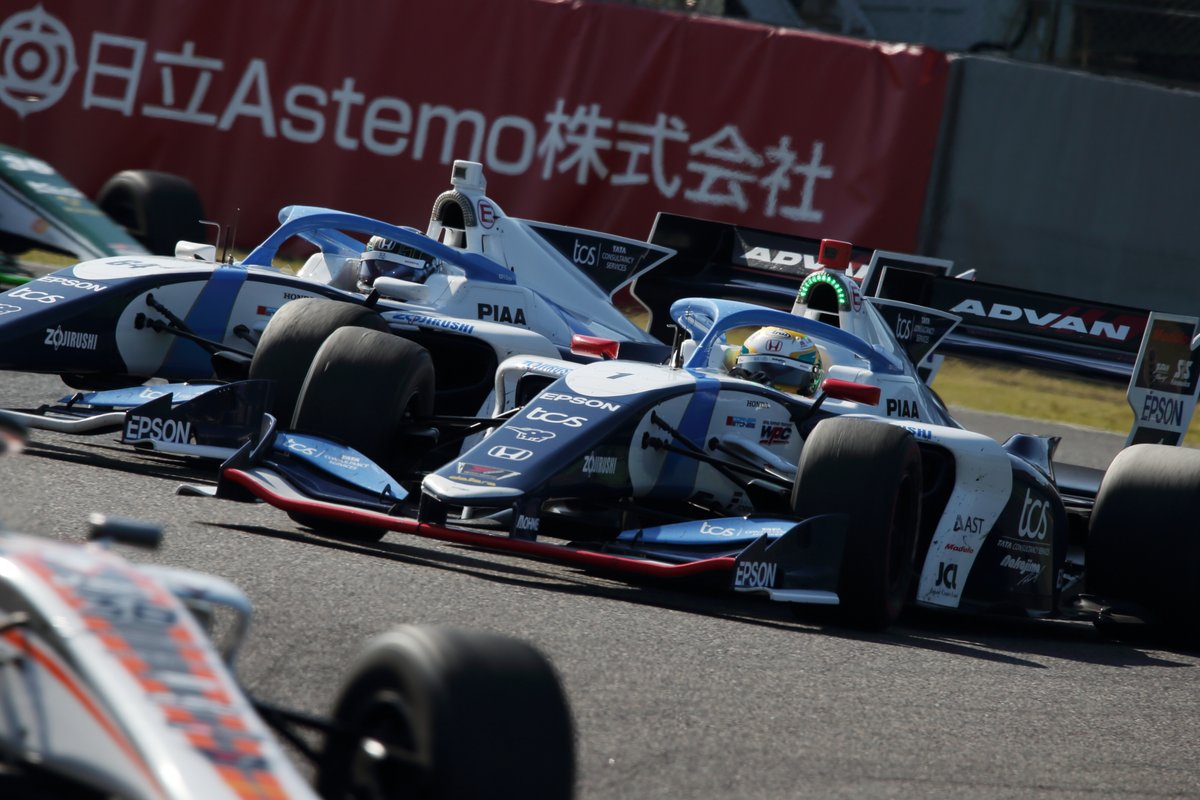 That leaves him 12th in the championship table with three rounds to go, two of which take place at Motegi – a track where Yamamoto does not have a very good record. He finished fourth there in his rookie campaign in 2010, but since then his best Motegi finish is seventh.

It’s not impossible that Yamamoto could find some form, but his post-race comments at Sugo did not sound like those of a man who believes a breakthrough was imminent.

“When the race started, the feeling wasn’t there and I knew it was going to be a bad race,” he said. “I didn’t have enough speed, and I couldn’t fight.

“If I had a good pace, I could have moved up the order like Nojiri did, but I haven’t been able to make the car work and I haven’t been driving well…

"I need to forget about the past and go back to square one. I need to start from scratch. Oyu was on the podium, so it’s not as if the team is bad. I think I need to go back to basics.”

So, to return to the titular question – is Yamamoto’s miserable campaign set to be one of the worst, if not the worst, title defences in Super Formula/Formula Nippon history? The short answer is, barring a miracle turnaround, yes.

In recent times, the worst championship defence has been that of Yuji Kunimoto in 2017, who could only manage a disappointing eighth in the standings the year after winning the title. The distraction of doing two races in the Toyota LMP1 programme will have had an impact on that, and perhaps the lingering hangover of his Le Mans 24 Hours appearance going poorly.

In fact, if you examine Kunimoto’s record, it’s his title-winning season in 2016 that stands out as the outlier, and the fact that this was the year that Super Formula switched from Bridgestone to Yokohama rubber is likely to have had a ‘randomising’ influence. The fact Kunimoto won the title with 33 points from a possible 85 that year speaks volumes.

Then we have Yamamoto’s 2014 title defence with Team Mugen, in which he managed only ninth. But this is mitigated by the fact all the Honda drivers struggled in the first year of the ‘Nippon Race Engine’ formula, when Super Formula switched to the current four-cylinder turbo powerplants. Yamamoto was indeed the highest-placed Honda driver that year.

Perhaps the most direct comparison is Tsugio Matsuda’s disastrous collapse to 11th in 2009 the year after his dominant 2008 title win with Team Impul. While that season coincided with the switch to the Swift FN09 chassis, which generated much more downforce than its predecessor, the bigger issue appears to have been a simple lack of motivation.

“Even with such results, there was no way I could get a Formula 1 test, or even the chance to race overseas. When I thought about that, it felt like there was nowhere left for me to go, and it was difficult to keep my motivation up.”

That season basically spelled the end of Matsuda’s front-line Formula Nippon career, as the following year Impul downsized to two cars and didn’t retain the then-30-year-old.

At least motivation doesn’t seem to be an issue for Yamamoto, who has spoken of his desire to match Satoshi Motoyama’s modern-era record of four titles, and there’s little danger of him losing his drive either. But he equally doesn’t have the excuse of a vastly different car to get his head around.

Following his dire showing at Sugo, 2021 essentially appears to be a write-off for Yamamoto. His task now is work together with Nakajima to lay the foundations for a recovery in ’22 and ensure that this season is a mere blip, and not the start of a long-term slide into the competitive doldrums.

Honda's Sato not ready to give up on overseas dream