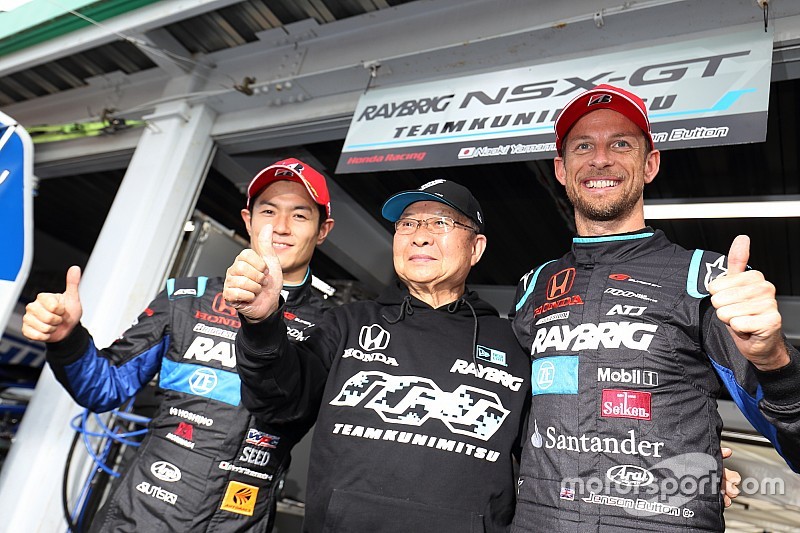 It was the sister ARTA-run Honda of Tomoki Nojiri and Takuya Izawa that led the session initially, with the former lapping the short but twisty 3.7km circuit in 1m10.352s.

Daiki Sasaki, who shares the Impul Nissan with GT Academy graduate Jann Mardenborough, then moved on top of the timesheets, beating Nojiri’s time by 0.066s.

The 30-year-old also topped a dry-wet practice earlier this morning, while Button himself set the third fastest time in Q1 before handing over the car to his teammate.

"But fantastic day today. This morning was a lot of fun in the wet, the car is working well in the wet. But I I didn't really get an opportunity to try new tyres in the dry. So qualifying was the first time.

"So I was P3, really happy with the lap considering the time in the car. And then I handed over Naoki too who I must say did a fantastic job."

Sasaki and Mardenborough held on to a front-row spot with their previous best time, while Nojiri and Izawa also stayed third after the chequered flag.

Behind, Koudai Tsukakoshi and Takashi Kogure qualified fourth in the Real Racing Honda, with Daisuke Nakajima and Hideki Mutoh ending up fifth fastest in the similar NSX-GT run by Mugen.

That made it four Honda cars inside the top five, despite a 10kg weight penalty handed in run-up to Sugo to ensure equivalency of performance between the mid-engined NSX-GT and its front-engined rivals from Nissan and Lexus.

Meanwhile, Yuji Kunimoto and Kenta Yamashita qualified sixth in the Bandoh Lexus ahead of the sister LC500 of Yuhi Tachikawa and Hiroaki Ishiura (Zent Cerumo).

Joan Paulo de Oliveira and reigning Japanese F3 champion Mitsunori Takaboshi were next up in eighth in the Kondo Nissan.

Championship leaders Nick Cassidy and Ryo Hirakawa (#1 TOM'S Lexus) were knocked out of a Q2 spot in the final minutes of the session, ending up ninth on the timesheets.

The Kiwi-Japanese duo will share the fifth row of the grid with the sister #36 TOM’S Lexus of Kazuki Nakajima and Yuhi Sekiguchi, which won the last race in Fuji.

The qualifying session was interrupted by two separate red flags, including one caused by former grand prix winner Heikki Kovalainen, who ran wide at the SP corner and smashed his Sard Lexus in the sponge barrier.

The factory-supported R&D Subaru squad bounced back from consecutive retirements in Thailand and Fuji to claim position for the Sugo 300km.

Takuto Iguchi and Hideki Yamauchi finished at the the top of the classifications in the GT300 class, setting a time of 1m17.685s.

Rintaro Kubo and Keishi Ishikawa qualified third in the #9 Gulf Porsche as the championship-leading #55 ARTA BMW of Shinichi Takagi and Sean Walkinshaw failed to progress beyond Q1. 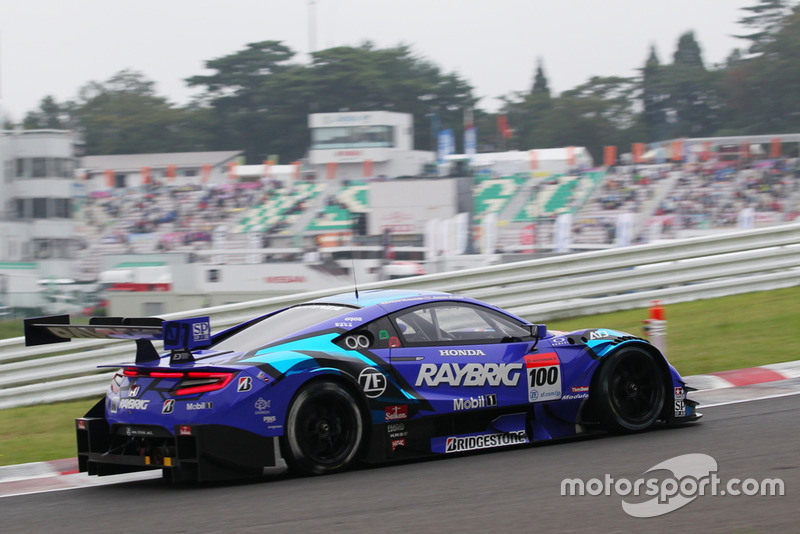