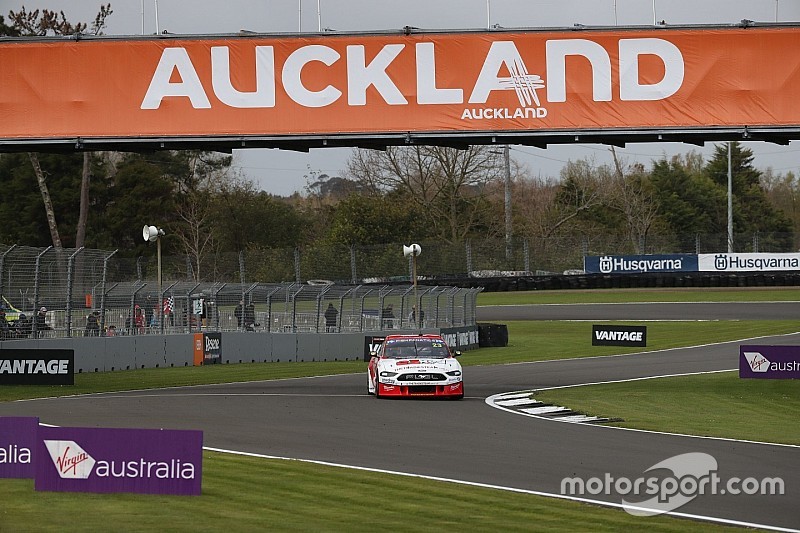 Tickford Racing is hoping a fresh set of steps to eradicate an ongoing air box fire issue with its Mustangs will pay dividends at Pukekohe.

The squad has been battling the fire issue for a number of months, with momentary dips in power particularly prominent across both its main game and Super2 entries at the last two rounds.

The most high-profile case was Will Davison's Sunday drama at The Bend, a cough while making his second stop proving costly in a tight battle against Scott McLaughlin.

According to Tickford boss Tim Edwards, having the issue only raise its head when the cars were on the pit limiter at The Bend was a sign of progress.

He's now hoping that another wave of changes pre-Pukekohe have eradicated the issue entirely.

"We've been working away over the last three or four months, since it sort of crept in, to eradicate it," said Edwards.

"But the thing is, you can't test it until you come to a race track.

"So when we get to a Friday session we can try all the things we dreamt up in the three weeks since the last race. It's only once you do that that you can go 'okay, that might be better'.

"We kind of made some in-roads to it at Tailem Bend, but then it crept back in on the Sunday. So we've done some other steps since then."

Edwards added that rectifying the issue has been complicated by how inconsistent it is.

"It happens sporadically, it doesn't happen on all cars, it only happened on two cars on Sunday at Tailem Bend, nothing on Saturday, nothing on Friday... it's just one those things that randomly catches you out," he said.

"Now that's 1.2s we don't want to give up, but it's not a catastrophic issues. It's just a hiccup that we've got to get on top of."

Davison shared Edwards' confidence that the issue is under control, saying his car felt "cleaner" in the lane today.

"Touch wood it’s certainly much, much cleaner in the pitlane so I’m confident that we’re on top of that," he said.

"It’s a big, big priority for us and obviously it’s quite significantly different, the way we’ve tuned it for the pitlane and even just how clean it is down the pit lane.

"You obviously that pop and bang a lot, which causes a lot of these issues, so it definitely feels really clean.

"Us drivers are going to have to be pretty careful the way we manage it with our throttle position and things like that, but I think we have two or three measures in place [so] hopefully it never happens again."