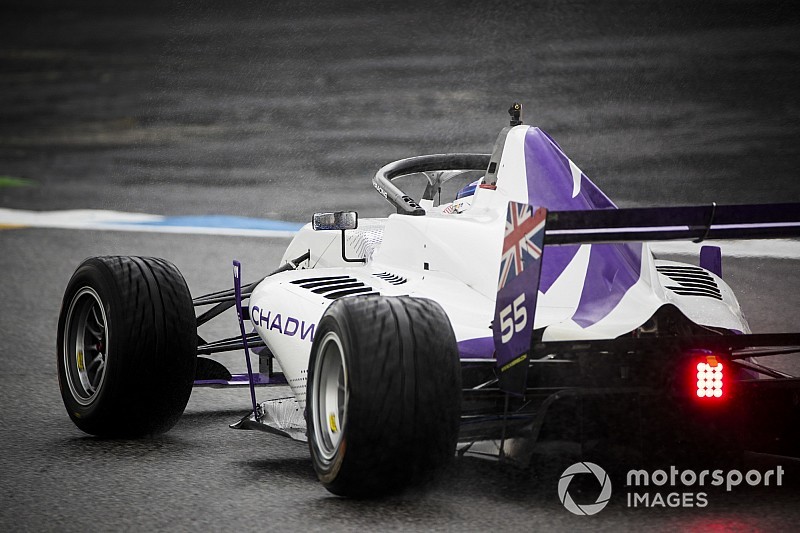 Chadwick, who also set the pace in both Friday practice sessions, was the first driver to set a lap under two minutes and took pole with a final fastest time of 1m58.894 seconds.

Fabienne Wohlwend will line-up beside her on the front row of the grid, having set a final time of 2m00.624 seconds, ahead of Sarah Moore in third.

Emma Kimilainen, whose initial flying laps were impeded by traffic, set a time fast enough for fourth, with Marta Garcia behind her in fifth.

Alice Powell was sixth, despite a late spin in the closing stages of qualifying in the slippery conditions - which bought out the red flag and ended the 25-minute session early.

Visser had been the first driver to set a fastest lap - with an initial time of 2m06.666 seconds - but later slipped to fourth and complained of a turbo failure mid-way through the session.

She was confined to the pits while the problem was fixed, and the red flag ultimately halted running before she could return to the track.

After a disappointing Friday in which she missed the first free practice session with a clutch problem, Porsche Carrera Cup GB driver Esmee Hawkey took ninth place, while Gosia Rdest completed the top 10.