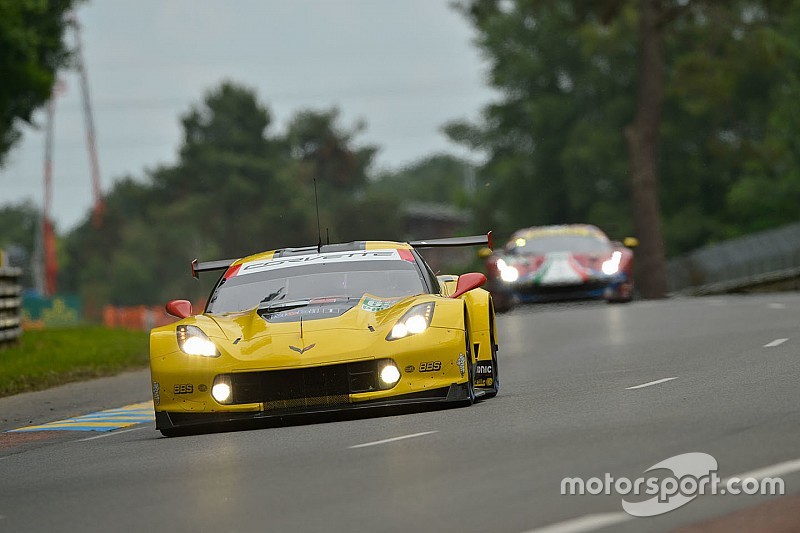 Chevrolet will contest its home round of the FIA World Endurance Championship at Sebring in March.

The US manufacturer will field a solo factory Corvette C7.R in the Sebring 1000 Miles eight-hour race on March 15.

It follows Corvette's first appearance in the WEC outside of the Le Mans 24 Hours in four years at the Shanghai round last November with Oliver Gavin and Tommy Milner sharing driving duties.

Corvette Racing's GTE Pro entry will be driven at Sebring by team regulars Jan Magnussen and Antonio Garcia together with Mike Rockenfeller, who is expected to continue as their endurance partner at Le Mans this year.

The trio will take part in the US WEC race on the eve of the Sebring 12 Hours IMSA WeatherTech SportsCar Championship round.

The WEC round is due to finish at midnight on Friday, less than 11 hours before the start of the IMSA race.

The factory MTEK BMW team has added third drivers to its line-up for Sebring.

Andretti BMW Formula E driver Alexander Sims will return to the wheel of an M8 GTE in the sister car alongside regular drivers Nicky Catsburg and Martin Tomczyk.

Another change on the Sebring entry is that Aston Martin driver Jonny Adam is now listed on the entry in the TF Sport GTE Am entry rather than the #97 factory car alongside Alex Lynn and Maxime Martin.