Ginetta topped the times for the first time in the FIA World Endurance Championship in second free practice for this weekend's Shanghai round of the 2019/20 series. 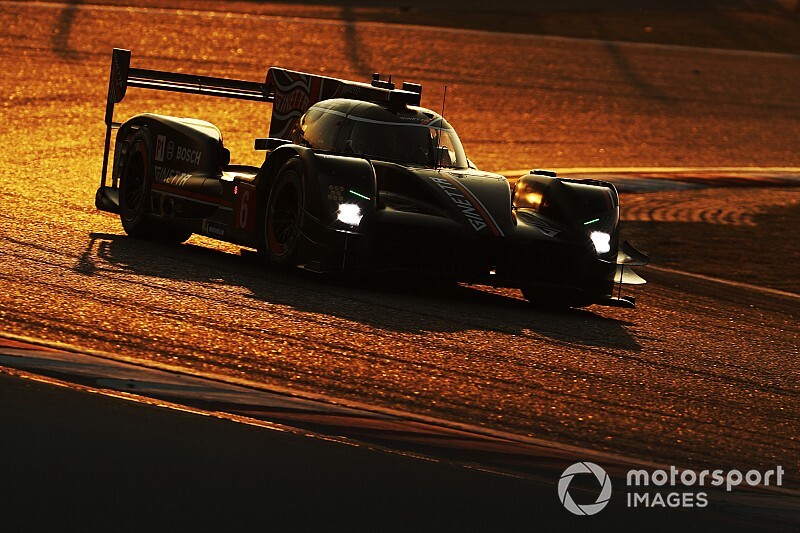 Charlie Robertson set a 1m48.127s, fastest time of the meeting so far, to go fastest half an hour into the second 90-minute free practice session.

His time aboard the #6 Ginetta-AER G60-LT-P1 put him 0.061s ahead of Kazuki Nakajima in the fastest of the pair of Toyota TS050 Hybrids.

Bruno Senna's 1m48.288s put the solo Rebellion-Gibson R-13 third fastest, exactly one tenth behind the best of the Toyotas.

The two Toyotas, which have been penalised by 2.74s under the new success handicaps, improved significantly over their times in the morning session, #8 finding nearly 2.4s and #7 1.2s.

Both Nakajima and Conway set their times during qualification simulations.

The second of the Ginettas fielded by the works Team LNT squad ended up fifth and last in LMP1 courtesy of a 1m49.678s from Ben Hanley.

Nicolas Lapierre again led the way in LMP2 for the Cool Racing squad.

His 1m49.754s aboard the Swiss team's Oreca-Gibson 07 put him six tenths up on second-placed Phil Hanson in the United Autosports Oreca.

The #71 AF Corse Ferrari 488 GTE ended up fastest in GTE Pro after missing the opening session with a fuel leak.

Miguel Molina set a 2m00.036s, which put him nearly half a second up on the second-placed Aston Martin Vantage GTE driven by Maxime Martin.

A 2m00.528s from the Belgian put him three tenths up on the sister car's best with Marco Sorensen at the wheel.

Porsche, which was fastest in the opening session, took fourth courtesy of a 2m01.064s from Kevin Estre in the #92 Porsche 911 RSR.

Matt Campbell led the way in GTE Am aboard the #77 Dempsey-Proton Porsche.