The first provisional entry list for the WEC 6 Hours of Spa-Francorchamps on the 5th May has been released with 37 cars entered for the traditional final event before the 24 Heures du Mans in June. Spa will also see the inaugural race for several new cars, including the two LMP1 hybrid entries from Audi and Toyota.

Audi Sport Team Joest will field two Audi R18 e-tron quattros for Andre Lotterer, Benoit Tréluyer and Marcel Fässler in the nr1 car and 12 Hours of Sebring winners Allan McNish, Tom Kristensen and Dindo Capello in the nr2 Audi hybrid. Two further R18 Ultras will be at the event, one run by Team Joest and the other by Audi Sport North America. 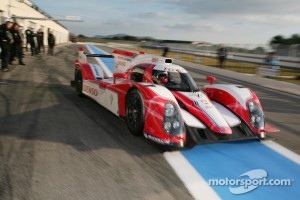 The Toyota Racing TS030 will be taking on the mighty Audis in the Ardennes, with Alex Wurz, Nicolas Lapierre and Kazuki Nakajima sharing the driving duties.

In LMP2 the Starworks Motorsport line up remains unchanged from Sebring where Enzo Potolicchio, Ryan Dalziel and Stephane Sarrazin finished 3rd overall and 1st in class. Three extra LMP2 cars are added to the grid with Signatech Nissan, Oak Racing and Lotus all fielding a second car at Spa. 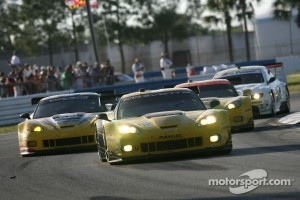 In LMGTE Pro the five teams that competed in Florida are set to renew the exciting battles from Sebring while the GTE Am teams are joined by the JMB Racing Ferrari 458, with Manuel Rodrigues announced as the lead driver, making a total of 5 LMGTE Pro and 8 LMGTE Am Class cars on the grid for the 6-hour race in Belgium.

“We are very happy to announce 37 cars for Spa and this is an excellent entry list for the second race of the 2012 FIA World Endurance Championship and the last big test before the 24 Heures du Mans,” said FIA WEC CEO Gérard Neveu. “We have the added bonus of seeing the first race for the new hybrid cars from Audi and Toyota, which represent a significant step forward in the future technology we will see in endurance racing in the coming years and we also welcome Dome back to LMP1 with Pescarolo.

“Sebring was an excellent first event for the FIA WEC and now we have a solid foundation to continue the building process for the FIA’s newest world championship. Spa-Francorchamps is the next step for us and we know we can provide the teams, drivers and the fans with an event they will remember.”