Toyota has revealed video footage of a test run of the GR Super Sport concept car that will become the basis for its FIA World Endurance Championship hypercar challenger for the 2020/21 season.

“Last year we exhibited the GR Super Sport concept here at Le Mans, and since then its development has been accelerated in Germany and Japan,” said Tomoyama. “Our president Akio Toyoda and our WEC driver Kamui Kobayashi are working directly on the development of this car.

“I can only say – wow! That to drive this car is tremendously exciting, the same joy you feel when driving the TS050 Hybrid. The development of such a road car means everyone including the engineers in Cologne and Japan, and our drivers, are working incredibly hard, united by the slogan ‘all for one, one for all’.

“We’re very eager to present this car to you, and it will be very much worth the wait.”

Tomoyama confirmed that the racing hypercar will be a pure prototype rather than taking the route of future rivals Aston Martin, which will convert from its road-going Valkyrie. It appears that the GR Super Sport road car will then be based off that pure racing design.

“We aim to launch the road-going car, based on the GR Super Sport, but the specification, number of [cars in] production and which markets is confidential,” he added. “We will announce this in the near future. We’re confident that Le Mans is the best environment to improve our cars, including our high-class hybrids with ultimate performance and thermal efficiency.

“TMG’s [Toyota Motorsport GmbH in Cologne] main role is to develop GR Super Sport, the racing car, but in the future we will study a lot from that base, and reflect the know-how in our road-going car in the future.” 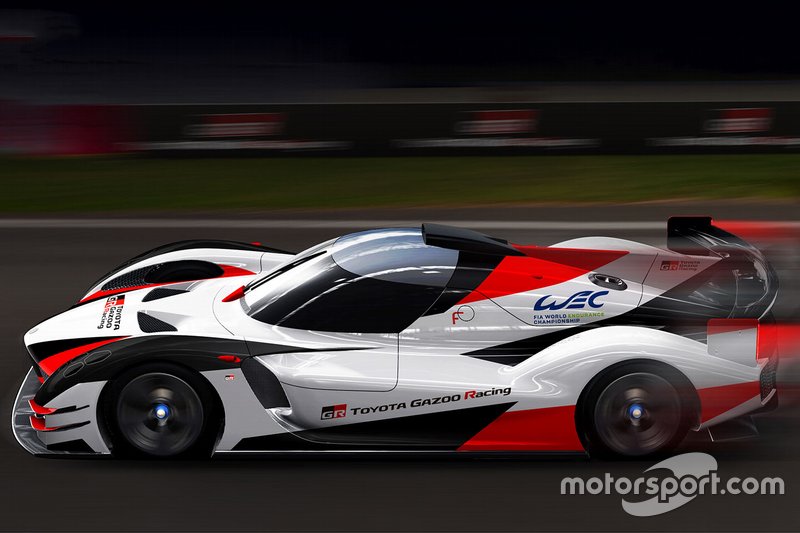 F1 eager to avoid triple-headers despite interest from new venues