The organiser of Latvia’s World Rallycross Championship round, RA Events, is in talks with the World Rally Championship Promoter about hosting a round of the WRC this year.

RA Events organises and promotes Rally Liepaja, a round of the European Rally Championship, which has been postponed this year until August 14-16.

Following the latest cancellations of WRC rounds in Finland, New Zealand and Great Britain, due to issues surrounding the ongoing COVID-19 pandemic, WRC Managing Director Oliver Ciesla confirmed recently that the series could adopt rallies into the 2020 schedule that are not usually a part of the WRC roster.

RA Events Director Raimonds Strokss is now in talks with the WRC Promoter about the feasibility of including the WRC in Rally Liepaja.

“RA Events and WRC Promoter held the first round of talks on Monday, where we discussed multiple organisational aspects, terms and conditions, and many other topics that need to be covered for Latvia to host a FIA World Rally Championship round alongside a round of the FIA ERC,” said Strokss.

“I want to emphasize that this is just a first round of talks and neither of the parties are close to the final decisions on this matter.”

Latvia has hosted a round of the World Rallycross Championship at the Bikerneiki Circuit in Riga since 2016, and is regarded as one of the best events to have joined the series since its inception in 2014.

Now supported by the country’s capital city, the Riga World RX event is set to take place this September as part of the revised World RX 2020 calendar.

Strokss says that all of Rally Liepaja’s partners will need to be involved if it will be possible for the country to host a second World Championship event this year.

“This will be a very challenging task as there is less than two months until the set event date,” he said.

“We will invite our partners – the Government of Latvia, our rally cities Liepaja and Talsi – to a discussion, in order to evaluate all the organisational workload, financial conditions and other aspects of the proposal. Only by working together and at a very rapid pace, can we find a solution to host a FIA WRC round in Latvia alongside the FIA ERC.”

The event has also stated that following any commitment to host the WRC in Latvia, agreement will need to be reached with Eurosport Events, a founding partner of Rally Liepaja since 2013, to manage the best interests of the European series and its competitors already committed to competing.

“Following the approach by WRC Promoter to Eurosport Events and RA Events regarding the possible inclusion of Rally Liepaja in the FIA World Rally Championship for 2020 as a joint event with FIA ERC in mid-August, we support the idea and would trust our local promoter to run such an event,"  Francois Ribeiro, Head of Eurosport Events said.

"Unprecedented times call for unprecedented measures and clearly we will do all we can to help the rally community and the FIA World Rally Championship through this difficult period, in a way which would protect ERC drivers and teams.

"The WRC is on a totally different organisational scale to the ERC, so there is not much time to raise incremental budgets and adapt the current format.

"Should RA Events be in position to cope with the WRC/ERC financial equation, I have no doubt we would find operational solutions with WRC Promoter and the Latvian organiser to put on such an event.” 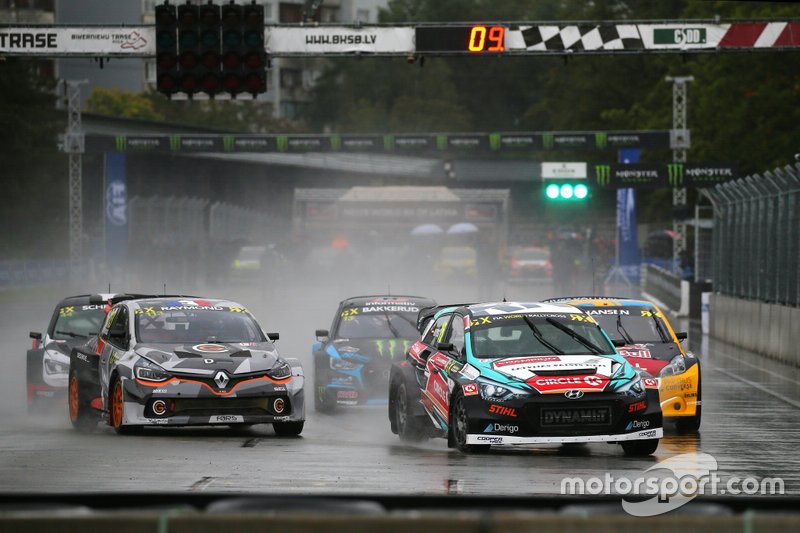 Toyota decides against debuting GR Yaris in WRC next year